Brexit brought mayhem to Britain, at least in the short run. Markets fell, the pound dropped, the prime minister resigned and, worst of all, the English national football team was knocked from the European Championship by Iceland!

Let’s look at the facts.

Minimum volatility has a history of outperformance 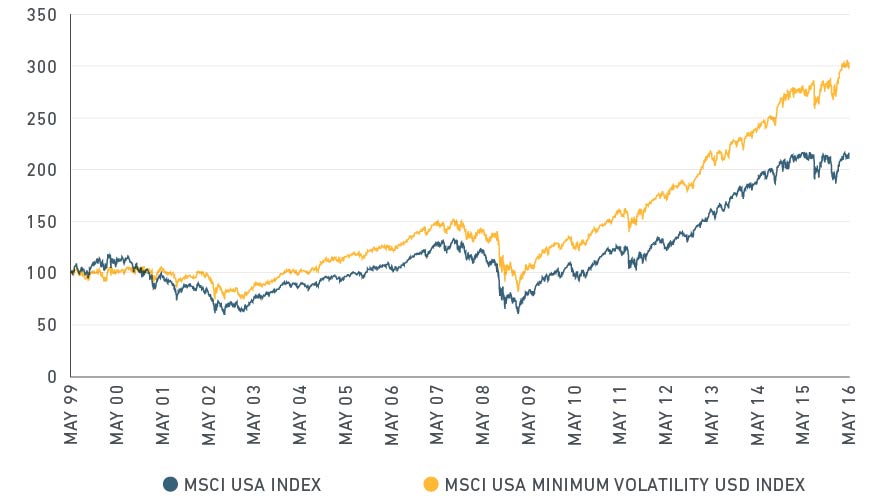 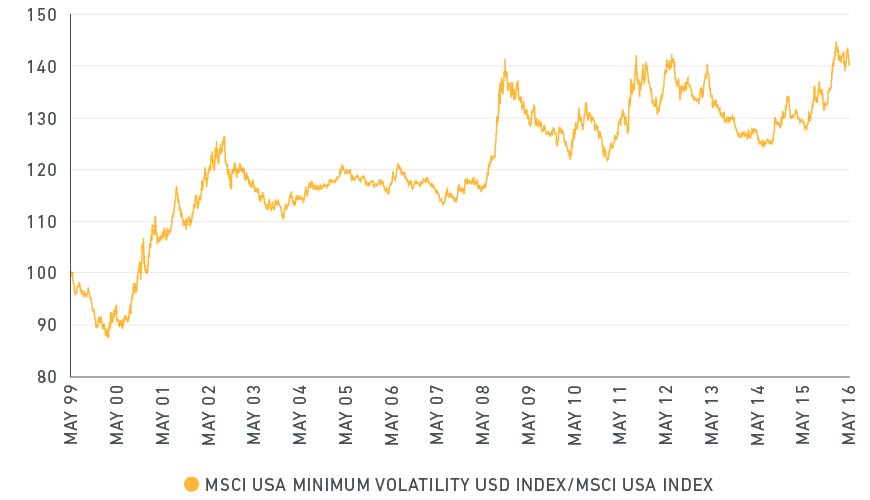 We experienced four episodes of severe market turmoil during this period: the bear market of 2001-2003 that followed the internet bubble, the global financial crisis of 2008, the eurozone crisis that peaked in 2011, and, more recently, market worries about a hard landing in China and rate hikes in the U.S., combined with uncertainty surrounding the Brexit referendum. Minimum volatility outperformed during all these periods.

The benefit of less beta

The price-earnings ratio for minimum volatility and the U.S. market peaked at 27.0 and 34.8, respectively in 2001 (below charts). The internet bubble had puffed up the valuations of technology stocks, which in turn inflated the overall market valuation. A minimum volatility index did not hold these volatile securities and therefore had a more modest valuation than the market. 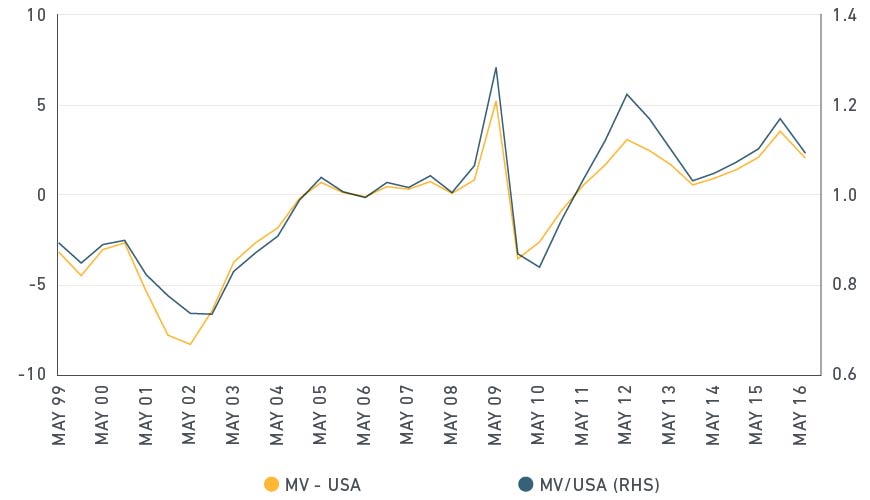 So the market is at above average valuations and minimum volatility trades at a modest premium compared to the market. This premium is well below historical extreme levels. The outperformance of minimum volatility in turbulent markets results from its inherent low beta characteristics and has little to do with valuations. Brexit proved the point emphatically once again. In the three days that followed the referendum, the MSCI World Index dropped by 4.3%, while the MSCI World Minimum Volatility Index only declined by 0.7%.

The author thanks Mehdi Alighanbari, Abhishek Gupta and Anil Rao for their valuable insights and assistance.

factors minimum volatility brexit
Previous Next
Back to Blog Home