Does Small Size Mean Less Opportunity in a Low-Carbon World?

Does Small Size Mean Less Opportunity in a Low-Carbon World?

Small caps are usually thought of as having a greater carbon footprint relative to their larger counterparts. Carbon emissions normalized by company revenues, known as weighted average carbon intensity, is a popular indicator to assess a company’s carbon footprint. This metric covers the three emissions scopes identified by the Greenhouse Gas (GHG) Protocol:

Despite the stark picture for the journey ahead of us, the equity investment universe can be analyzed from the point of view not only of climate-transition risks, but of opportunities — and small caps are no exception. Companies can be differentiated based on their ability to capitalize (or not) on opportunities in a low-carbon economy, and those distinctions may provide a road map for building resilient carbon-transition portfolios. The MSCI Low Carbon Transition (LCT) categories provide a holistic assessment of a company’s carbon profile by considering how it manages risks and opportunities arising from climate transition. Both the MSCI Small Cap World and MSCI Small Cap Emerging Markets Indexes included companies that fell in the “Solutions” LCT category, which typically includes clean-technology and renewable-energy businesses that have the potential to benefit from the growth of low-carbon products and services. 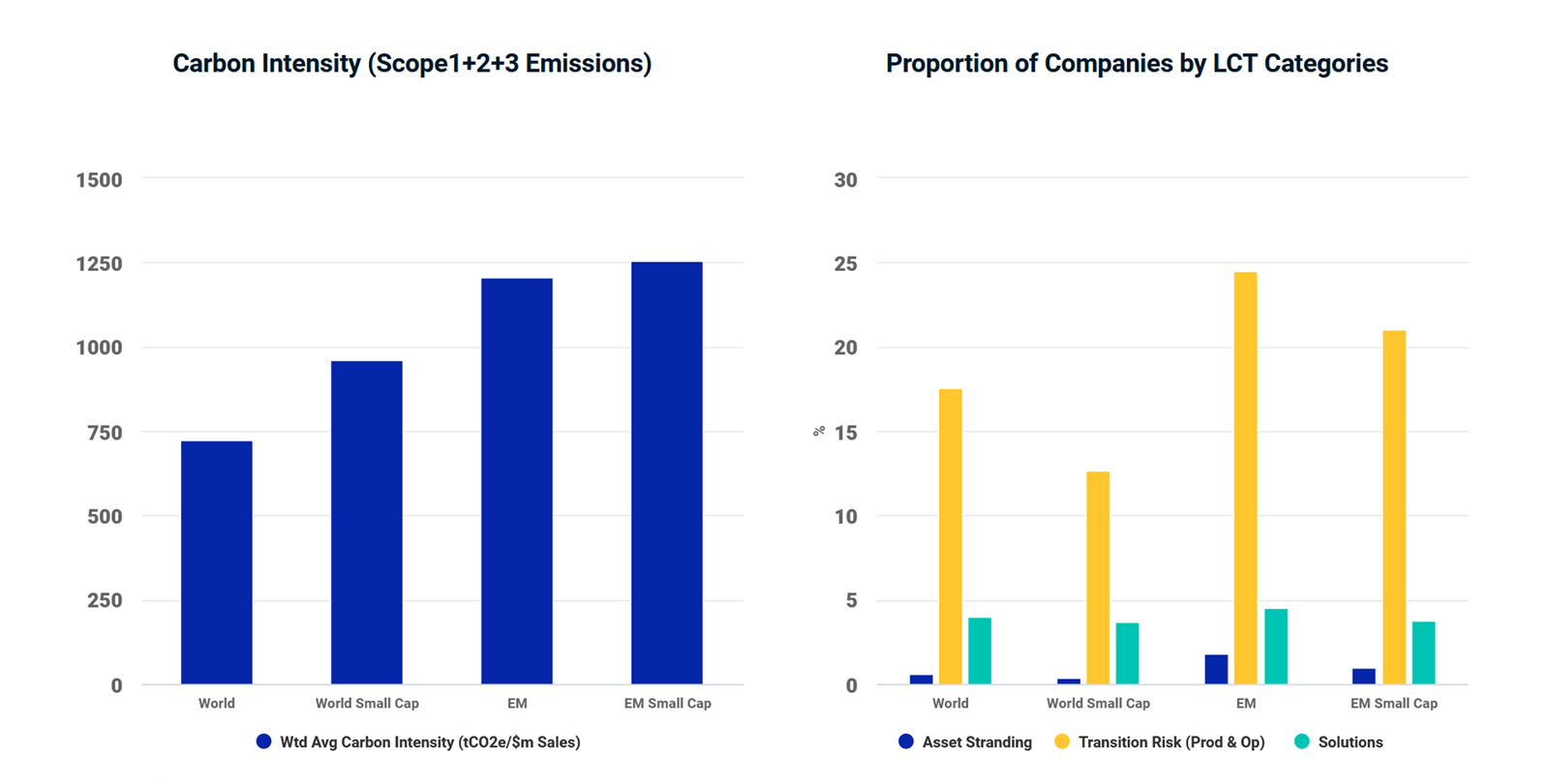 ESG Credentials: How Have Small Caps Stacked Up?

As more investors incorporate ESG considerations into their investment decisions, some companies have changed their behavior, which has led to changes in their ESG profiles.