Over the past 20 years, Latin America has steadily become a favored destination in terms of foreign direct investment, compared to other emerging-market (EM) regions such as EM EMEA and EM Asia ex China. Foreign direct investment has been a catalyst to development, income and employment growth in the region, even though pandemic-driven closures and a slowdown in activity have had a negative impact on the most recent measurements. From a stock-market perspective, the MSCI EM Latin America Investable Market Index, which covers large-, mid- and small-cap stocks, showed the highest average annualized returns among emerging markets during this period.

The region also has seen improvements in access to technology, education and literacy and become more integrated in global trade. Over the last two decades, the middle class has expanded and the number of people living in poverty in the region fallen by nearly half. In addition to these structural changes, there is a cyclical story, which is linked to the recovery of the commodity cycle and its potentially positive impact on local economic growth.

Given these unique characteristics, investors could consider Latin America as a differentiated block in their EM allocations. 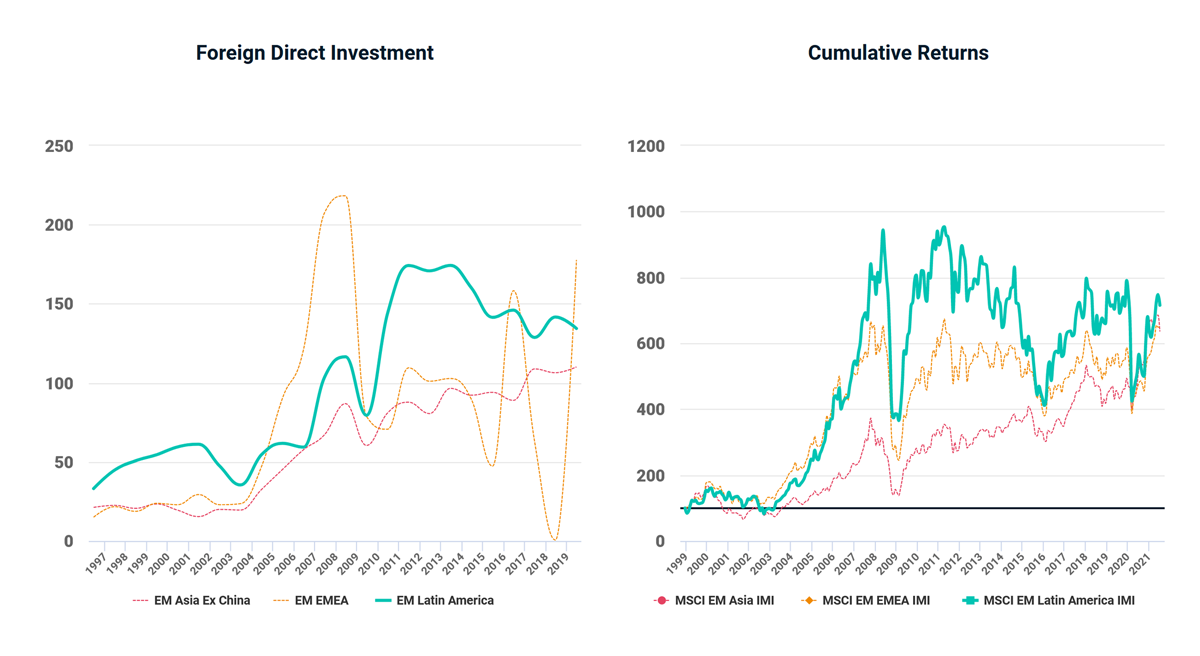 With 243 constituents, the index covers approximately 99% of the free float-adjusted market capitalization in each country.