Investor Reaction to US Elections and COVID-Vaccine Progress 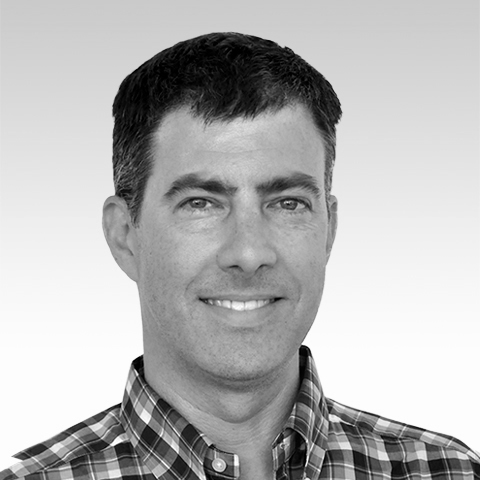 Investor Reaction to US Elections and COVID-Vaccine Progress

To gauge the impact of Joe Biden’s being declared the winner of the U.S. election and recent news of the imminence of possible COVID vaccines on investor expectations, we surveyed 151 U.S.-based financial advisers. In this survey, we asked advisers about their market views for the coming 12 months. Overall, those surveyed expect benign equity-market conditions, along with rising rates and widening spreads in fixed-income and credit markets.

Specifically, the MSCI Investment Decision Survey, which ran during the second week of November, after the election was called in Biden’s favor, reveals expectations that several recent market trends will persist in the coming months:

In addition, the respondents believe that the U.S. dollar will appreciate relative to other currencies.

The survey also revealed expectations for some changes in U.S. sector and factor performance. Namely, advisers expect financials to perform well, value strategies to stage a comeback and credit spreads to widen across the board, with high-yield spreads over Treasurys rising more than those of investment-grade and municipal bonds.

But was market performance in the first half of November in line with expectations for the next 12 months? Since the U.S. election, global equities rallied by 8.5%. Non-U.S. developed-market equities outperformed, rising by 10.0%, while the U.S. market lagged, rising by 8.0%.1

In the U.S., energy, financials and industrials were the best-performing sectors, while technology and health care underperformed. With respect to equity factors, value and low size (small-cap) performed best while minimum volatility and momentum were the worst-performing factor strategies since the election. We also saw unchanged interest rates and narrowing credit spreads over this period.

In short, equity- and bond-market actions diverged from expectations, except for the equity rally in financials and value.

Adviser expectations that demand for climate-related investments will grow is triggered in part by President-elect Biden’s commitment to rejoin the Paris Agreement. While it is too early to speculate on which regulatory measures may come to pass, it is important to note that should Biden set goals for the U.S. to reach net-zero emissions no later than 2050, it could have major implications for investors and companies. That’s because this goal is hugely ambitious, as the world is today still aligned with a warming level of more than 3 degrees Celsius. Biden’s net-zero-by-2050 goal is roughly aligned with the more ambitious Paris Agreement 1.5-C goal, but will depend on other countries’ following suit.

For U.S.-based companies, the difference between a 3- and a 1.5-C warming path is significant. Applying MSCI’s Climate Value-at-Risk Model to the universe of companies in the MSCI USA Investable Market Index (IMI), we found that, under the 3-C scenario, U.S. companies would have to reduce their emissions by an average of 29% between now and 2030 — already a daunting task. But under the 1.5-C scenario, they would need to reduce emissions by an average of 65%. These additional reductions represent a 224% increase in emission-reduction requirements to lower emissions in 2030 toward a net-zero trajectory. Unsurprisingly, the most affected sectors under a 1.5-C warming path are utilities, energy, agriculture, transportation and materials. The need for steep reductions could kick off a race for innovations that would remake many industries over the next decade.

Sectors Most Affected by a Shift to a 1.5-C Warming Path

The Paris Agreement requests each party/country to outline and communicate their post-2020 climate actions, known as their nationally determined contributions, or NDCs.

Treasury yields and market-implied inflation were largely unchanged (as of Nov. 16) from pre-election levels (see the exhibit below). Yields of 10-year Treasurys fell significantly on Nov. 4, the day after the election, driven largely by declines in market-implied inflation. Markets appeared surprised to see a vote for divided government, and the diminished likelihood of a so-called blue wave of Democratic wins across the board may have eased concerns of growing fiscal deficits and rising inflation. Treasury-market sentiment abruptly changed on Nov. 9 with the news of a promising vaccine for the coronavirus. Since then, the Treasury market has traded off.

The lack of direction in the Treasury market stands in strong contrast to the bullish reaction seen in equities and credit. The bond market may believe that future economic growth will occur in the absence of new inflation. Alternatively, Treasury investors may be less bullish on the strength of the U.S. economy than equity and credit investors.

Responses to the MSCI Investment Decision Survey suggest potential underperformance of fixed income over the next year. The majority of respondents planned to increase allocations to U.S. equities, and the majority also see Treasury yields increasing and credit spreads widening. The bullish allocation toward equities may reflect the belief that fixed-income returns are asymmetric in the current low-yield environment, with the chance of a significant increase in yields being greater than a decline. Similarly, respondents’ caution around credit spreads may be based on the view that the current tight level of spreads is not sustainable, given the growing corporate-debt burden and diminished prospects for large fiscal stimulus with a divided government.

Snapshot of Equity and Fixed-Income Markets Following the US Election

The coming Biden administration’s ability to add fiscal stimulus, and exactly how it will enact policy on climate change or other issues relevant to investors, remains unknown. Market reaction, however, following Election Day in the U.S. and continued positive news about COVID-19 vaccines tells a bullish story. For the next 12 months, adviser expectations, as reflected in the MSCI Investment Decision Survey, project a stronger outlook for U.S. equities, coupled with expectations of rising interest rates and widening spreads in fixed-income markets.

The ESG Weekly: Joe Biden and the Climate podcast

Are Momentum’s Wings Starting to Melt?

Did Size Matter for Small-Cap Outperformance?

Aligning with the Paris Agreement: An Index Approach