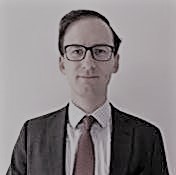 Investor engagement on climate change increased markedly in 2021.1 One key development was the emergence of say-on-climate votes: management-backed resolutions that ask shareholders to approve a company’s climate plan or climate-action report proactively, either on a one-time or recurring basis.

In most cases, say-on-climate votes are nonbinding and advisory; even if a vote fails, the company isn’t required to change its plan. Shareholders, however, may expect directors to carefully consider the result in developing their approach to climate change — particularly when the proposal receives strong shareholder opposition. Say-on-climate votes are often the result of shareholder pressure and may be preceded by a separate, shareholder-backed proposal calling on a company to adopt a climate strategy and submit it to a vote.2

Say on climate is divisive. The Children’s Investment Fund, a U.K. hedge fund and activist investor, first championed the cause in advance of the 2021 proxy season,3 and the campaign received support from other investors and the French Sustainable Investment Forum.4 Since then, however, other prominent investor alliances have expressed skepticism about the practice, including the Principles for Responsible Investment (PRI), which argued that the benefits of say on climate “seem to be outweighed by the risks and potential unintended consequences.”5 Only 33 companies in MSCI ESG Ratings coverage had held or scheduled say-on-climate votes, as of Feb. 1, 2022, but say on climate may remain on the agenda as investors increase their scrutiny of companies’ climate practices and as companies work to build reputations as climate leaders.

Proponents argue that say-on-climate votes will drive better carbon disclosures, encourage more credible climate strategies and enhance shareholder engagement. Detractors argue that arming shareholders with another advisory vote will be, at best, a misallocation of resources.7

One concern is that say-on-climate votes could facilitate greenwashing. For example, investors who lack the expertise and resources necessary to effectively scrutinize climate plans could inadvertently “rubber stamp” plans with inadequate emission targets. Companies might then try to justify those plans in future years by pointing to the fact that they received shareholder approval.

Regularly holding follow-up say-on-climate votes in future years could address this concern, at least in part, as this approach could help investors assess a company’s decarbonization efforts over time. To date, however, most say-on-climate votes have been one-offs or have been held without any public commitment to hold follow-up votes. This lack of ongoing focus on say on climate may fuel concerns that the votes could be a distraction.

Another criticism is that shareholders already have a better way to hold boards accountable for climate inaction: voting against individual directors.8 These critics stress that mitigating climate risk falls squarely within the board’s jurisdiction, and that shareholders who are dissatisfied with a company’s climate strategy should oppose the re-election of the directors responsible for that strategy — or support a dissident slate of nominees who are prepared to develop a credible plan. Under this view, say-on-climate votes could distract shareholders from the crucial questions of board accountability and director skills.

But advisory say-on-climate votes allow shareholders to express dissatisfaction without risking the disruption caused by a failed director election. Moreover, they also allow for escalation, as directors who ignore a low say-on-climate result one year could be targeted the next.

To help both investors and companies evaluate these questions, we created an interactive overview of all past and upcoming say-on-climate votes within our ESG Ratings coverage. In the upper section, the x-axis positions companies by their market capitalization (in USD), and the y-axis positions companies by their implied temperature rise. The lower section shows how much support each company’s most recent say-on-climate vote received. Click on a dot/square to highlight a single company, and use the drop-down menu to filter companies.

Universe comprises companies in MSCI ESG Ratings coverage that have held or scheduled say-on-climate votes. Implied temperature rise is designed to show the temperature alignment of companies, portfolios and funds with global climate targets. It compares a company’s current and projected greenhouse-gas emissions across all emission scopes with its share of the remaining global carbon budget for keeping global warming well below 2 degrees Celsius (°C). It converts a company’s “undershoot” or “overshoot” of its carbon budget to an implied rise in average global temperatures this century, expressed in °C. Data as of Feb. 1, 2022. Source: MSCI ESG Research LLC

Last year, say-on-climate votes were held mostly by companies with emission trajectories that were aligned with the Paris Agreement goal of limiting global warming to well below 2°C relative to preindustrial levels. However, many companies with less-aligned emission trajectories have said they will put their climate plans to the test in the 2022 proxy season, including several in the materials and energy sectors. If these companies are unable to convince investors that their climate plans are credible, shareholders may use the vote to express concern over climate strategy — just as they use say-on-pay votes to express concern over executive pay practices. In 2021, for example, shareholders defeated 17 say-on-pay votes held by constituents of the MSCI USA Index and 70 constituents saw support dip below 80%.

Whether they become an annual meeting mainstay or fade into obscurity, say-on-climate votes demonstrate investors’ willingness to experiment with innovative engagement tools to pressure companies into adopting credible net-zero strategies. Where investors feel that a company has not sufficiently engaged on climate change, pushing for a say-on-climate vote or voting against a climate-related management resolution may be one way to effect change.

2 “These shareholder proposals are outside the scope of our analysis.

8Verney, Paul. “Say on Climate: It’s won over investors, NGOs and even corporates. But will it work?” Responsible Investor, March 31, 2021.