The Crisis of Affordability in Real Estate

The Crisis of Affordability in Real Estate

Two-thirds of the world’s population is expected to live in cities by 2050, up from 54% in 2014, according to the United Nations. Yet, as of the end of 2015, we found that housing for people in the middle of the income pyramid is unaffordable in most cities and countries that we studied. We estimated that the potential affordable housing market catering to this population segment is significant: $502 billion annually by 2020, an increase of 7.3% from 2015. This market is fueled by high potential monthly rents (greater than $ 1,000 in the main markets) and by creditworthy households. 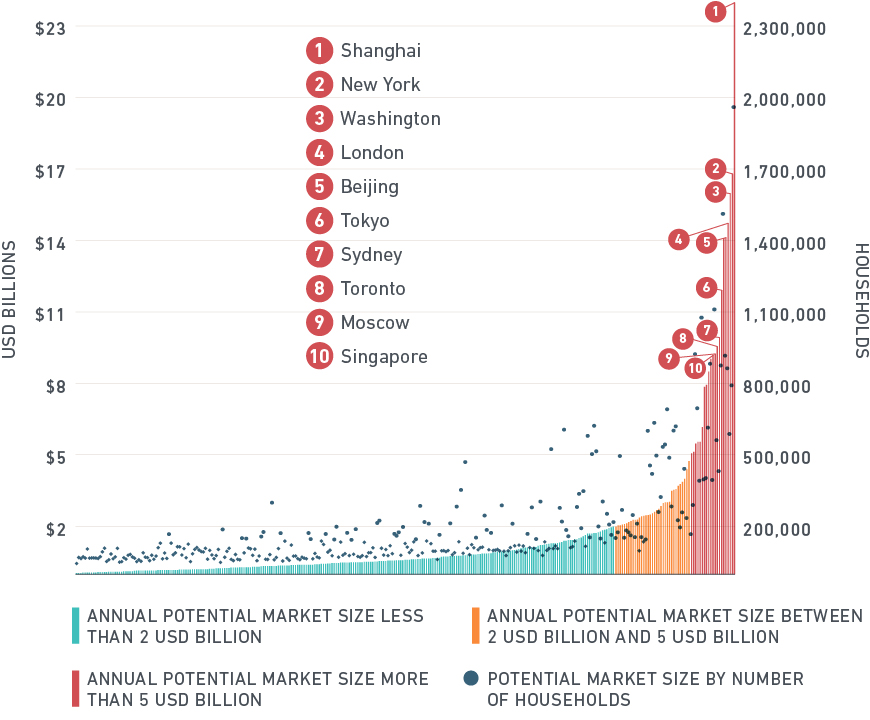 We found that only four countries among the 97 we analyzed had affordable real estate that covered at least 50% of the urban populations for rentals, and only six countries for homeownership.

A potential risk for institutional investors

In the short term, we considered unaffordability in real estate markets as a potential risk, as data has shown that rental and sales prices for the luxury market segment (real estate priced in the top quintile of local pricing) have already peaked and have started to decline, while the opposite has happened with more affordable housing segments. The result for an investor may be a diversification imbalance, with real estate overexposure to the luxury market at the cost of a more diversified portfolio of high creditworthy, sustainable cash flow properties that could be a defensive hedge against economic cycles.

The affordability gap in the market, with more than 50 million households by 2020 potentially left out of the biggest cities globally given the lack of affordable options, extended to business markets as well, with small and medium-sized businesses squeezed. In both cases, indirect market participants could also feel the effects of a top-heavy global real estate market.

Our analysis assesses affordability by whether the cost of housing that accommodates no more than two people per bedroom exceeds 40% of a household’s annual median disposable income. In all, outlays for rent or mortgage payments exceeded what median households could afford in three-quarters of 307 metropolitan areas surveyed, as of Dec. 31.

The report identified top 10 cities, including Shanghai, New York, Washington D.C., Seoul, and London, with the largest potential for offering affordable housing both in terms of the number of households that meet investment criteria, as well as the size of the investable universe (30% of the global sample of 307 cities).

The report also maps the property portfolios of 161 real estate companies listed in the MSCI Investable Market Index, and found that 15% were exposed to cities in which median housing cost 100% of median disposable income. Though nearly 95% of companies managed or developed the majority of their residential portfolios in cities characterized by unaffordability, only 23 companies (14%) had offerings that targeted affordability.

The crisis of affordability in real estate