Buoyed by populist sentiment, regulators around the world are considering ways to close corporate tax loopholes and narrow the gap between the statutory tax rate and what companies actually pay. The effort could have significant consequences, both for corporations and for institutional investors who engage portfolio companies over the sufficiency of their tax-related disclosures with the goal of avoiding unforeseen risks.

Ankit Sayani of MSCI ESG Research estimates in a new report that were the entire gap to be plugged by regulatory reforms, companies in the MSCI ACWI Index as of Nov. 1, 2016 that have a gap between their estimated statutory tax rate and effective tax rate would collectively have faced additional annual tax liabilities of as much as $220 billion. However, some countries are implementing or proposing cuts to the corporate income tax rate, which would reduce the global tax gap to some extent.

We also found that 531 companies (out of 2,160 in the sample) had a tax gap of 10 percentage points or more – which we define as a high tax gap – paying an average rate of 14.3% versus the 31.8% that would be expected based on the jurisdictions where they generated revenue.

The tax gap was not uniform across sectors, and was greatest in information technology and health care. Approximately 40% and 35% of the companies in these sectors, respectively, had a tax gap greater than 10 percentage points, the report finds. By contrast, less than 10% of companies in the real estate, utilities, energy and telecommunications sectors had a gap of 10 percentage points or more.

Nor was the gap uniform across geographies. Unsurprisingly, nearly all companies domiciled in tax havens such as Cayman Islands and Isle of Man had high tax gaps, as did about half of those in countries with either very low statutory tax rates such as Ireland and Hungary, or with favorable tax structures and treaties such as the Netherlands.

The initial focus of regulators is on improving transparency around cross-border transactions. Among companies in the MSCI ACWI Index as of Nov. 1, 2016, about a third were largely domestic in nature and thus reported a single geographic segment. Of the remaining two-thirds, we found that only 45% of the multinational entities examined disclosed more than three-quarters of their revenue by country.

Country-by-country revenue disclosure as a % of total revenue by MNEs in the MSCI ACWI Index (as of Nov. 1, 2016) 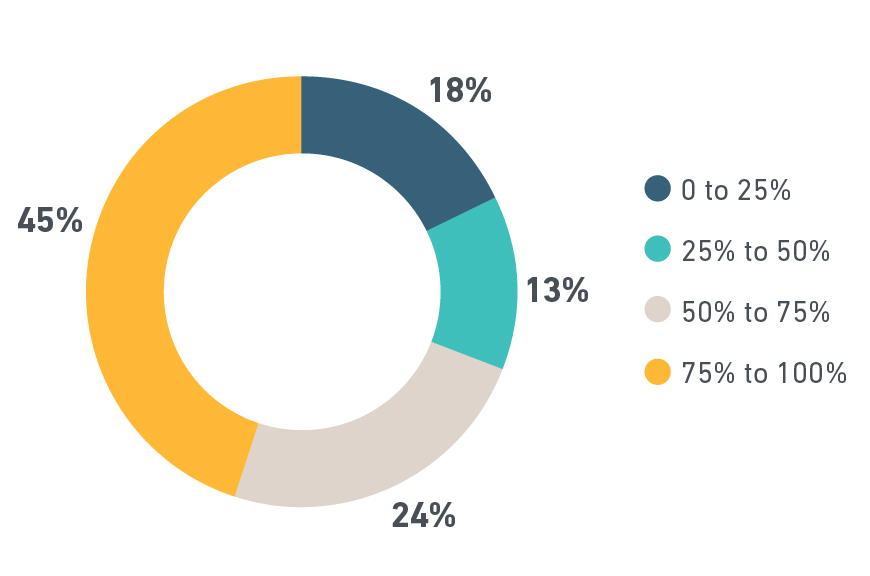 Country-by-country disclosure beyond revenue and assets on metrics such as profits and taxes, as may be required by impending regulations, was seldom observed among companies. Such regulations, if fully implemented, would likely require much more transparency from companies across several financial metrics.

The Tax Gap: Regulatory Responses and Implications for Institutional Investors