Up in Smoke? Brazil’s Wildfires May Affect Bond Spreads 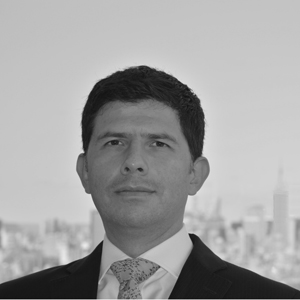 Up in Smoke? Brazil’s Wildfires May Affect Bond Spreads

Wildfires in the Brazilian Amazon and Cerrado regions are mostly not part of the natural cycle; typically, fires have been set during Brazil’s dry season to clear land for soy and cattle production.1 In the first four months of 2020, deforestation rose 55% relative to the same period last year, according to Brazil's National Institute of Space Research.

This threat to the global climate2 is concerning some institutional investors and governments around the world, who are calling on Brazil to restrain burning of its rainforests.3 Last year, China and the European Union — both key trading partners for Brazilian beef and soy — said they may impose “deforestation-free” requirements on their supply chains.4 For commodity producers that don’t comply, this could mean a loss of market access that could impact their revenues and consequently could widen their credit spreads; a widening of spreads would reflect the market’s view on producers’ ability to meet their future debt payments. We sought to quantify the potential impact of such a change in policy on the Brazilian beef and soy markets as well as the Brazilian economy as a whole. These two commodities contributed around 4% to Brazil’s GDP in 2017.5

We began by projecting what might happen to producer revenues if either or both the EU and China enact deforestation-free requirements by 2024,6 and if there were to be tougher enforcement of environmental laws in Brazil’s domestic market. (Brazil is scheduled to hold federal elections in 2022.)

The potential revenue losses are illustrated in the exhibit below.7 We found that potentially exposed average revenue in the markets for these commodities could be as high as 10.3% for soy and 5.1% for beef, based on projected 2024 revenues. For all possible scenarios, see our interactive chart

Potential Revenue at Risk for Brazilian Soy and Beef Producers

The maximum figure represents average revenues at risk if all three markets (Brazilian domestic market, China and the EU) adopt deforestation-free policies. The mid-range figure represents average revenues at risk using all potential combinations in which the three markets might or might not adopt deforestation-free policies in their supply chains. Figures are based on projections of future revenue, data on sourcing patterns and trade flows, and projections of future commodity demand. Data sources: Strassburg et al., 2014; Soterroni et al., 2019; Trase.earth; company disclosure; and Lopez-Alcala, M., op. cit.8   For all possible scenarios, see our interactive chart.

Next, we explored loss scenarios for the investment-grade market of USD-denominated debt of Brazilian beef and soy producers, as well as for the Brazilian USD-denominated sovereign debt market under the possible deforestation-free rules. We focused on fixed income rather than equities to highlight how the deterioration of a fundamental metric — in this case, revenues — due to an environmental, social and governance (ESG) driven event, could affect issuers’ abilities to meet future obligations, as measured by changes in spreads.

We modelled the effect of changes in revenue growth on spread returns via a linear regression of relative spread returns onto revenue growth9 using MSCI’s Bond Issuer Curves. We then translated the spread returns to changes in bond prices using the bond’s duration multiplied by its option-adjusted spread (duration times spread, or DTS), which represents a bond’s price-sensitivity to percentage changes in spread. In essence, we used the historical distribution of a hypothetical portfolio of issuers' bonds’ DTS to simulate the potential losses to an investor holding these securities. This inverts the usual risk estimation exercise, in which we know our exposure and simulate shocks.

Though not all issuers showed statistically significant regression results,10 the issuer curve with the most extensive curve and revenue history had a coefficient of 0.954,11 which means that a 10% shock to revenue growth would translate into a 9.54% shock to spreads — nearly a 1:1 relationship.

The exhibit below illustrates the loss distributions for the mid-range and maximum scenarios for a hypothetical portfolio of notional-weighted investment-grade issues potentially exposed to deforestation in Brazil. For context, the historical weekly 95% Value-at-Risk (VaR) — the most that investors can expect to lose in a week with a 95% confidence level — for this portfolio due to spread changes is about 70 basis points (bps) in price. In contrast, the average simulated loss in the maximum scenario is greater than 100 bps in price, with the largest possible loss greater than 400 bps. This represents a significant though not catastrophic spread increase.

We then turned to the potential impact to Brazilian GDP if Brazilian soy and beef producers were to lose market access because of potential deforestation-free requirements. Leveraging our previous analysis, we found that under the maximum scenario, the Brazilian economy could face a potential loss as high as 1.25% for soy and 0.16% for beef, for a total of up to 1.41% of national GDP.

Connecting macroeconomic shocks to market shocks is always fraught with uncertainty; however, some studies point to a relationship of a 1% change in GDP resulting in a 2% change in spreads.12 As above, we estimated the potential loss distribution for a hypothetical portfolio of Brazilian Sovereign USD bonds under different levels of impact to Brazilian GDP. The 95% historical weekly VaR due to spread changes for a portfolio of sovereign bonds is not exceeded in our simulations even for the largest maximum scenario return of -1.5%, indicating a large but, as with corporate debt, not catastrophic loss. Not surprisingly, investments in sovereign hard-currency assets would be less vulnerable than those in bonds of individual companies.

Potential Brazilian GDP at Risk if Deforestation-free Rules are Adopted

The maximum figure represents average revenues at risk if all three markets (Brazil, China and the EU) opt to have deforestation-free policies. The mid-range figure represents average revenues at risk using all potential combinations in which the three markets might or might not adopt deforestation-free policies in their supply chains. Figures are based on projections of future revenue, data on sourcing patterns and trade flows, and projections of future commodity demand. Data sources: Soterroni 2019, Trase 2019, company disclosures, USDA, Kueppe 2018, Strassburg 2014, Trase.earth 2019, and Lopez-Alcala, M., op. cit.

This analysis shows how changes in the real economy due to ESG-related risks could result in widening spreads. These estimates, of course, are subject to statistical uncertainty, and investors should be careful when evaluating them. All the same, bond investors may want to be aware that it’s not only the Brazilian Amazon and Cerrado that’s at risk of burning.

The authors would like to thank Agnes Grunfeld, Alfredo Bequillard, Gillian Mollod and Greg Recine for their contributions to this post.

5Simoes, A. J. G., Hidalgo, C. A. “The Economic Complexity Observatory: An Analytical Tool for Understanding the Dynamics of Economic Development.” Workshops at the Twenty-Fifth AAAI Conference on Artificial Intelligence, 2011, and MIT Media Lab, 2020.

6López-Alcalá, op. cit., chose 2024 as when the free-trade agreement between the EU and the Mercosur common market might be ratified by all participating national parliaments. We assumed that China's deforestation-free supply-chain commitments could take advantage of the potential 2024 momentum created by the EU-Mercosur free trade agreement and renewed enforcement of environmental laws inspired by a change in governing party in Brazil. The ministry enforcing these laws has seen its budget cut by more than 80% since 2017.

7As representative samples, we used the top three producers for each market by volume, which represented 38% of soy production and 49% of Brazil’s beef production in 2017. Sources: Trase Platform, Transparent Supply Chains for Sustainable Economies, trase.earth, 2019; Simoes, op. cit.; and Lopez-Alcala, M., op. cit.

10The regressions in these cases also had much shorter revenue data histories, as well as all being parent issuer curves, which are naturally more statistically noisy due to the mixing of subsidiary and parent bonds.

11This estimate has a t-statistics of 2.4 and is statistically significant with 95% confidence. The regression R2 is 8.3%.

Could coronavirus lead to default contagion in CLOs?