Why is “Fear” Missing From the “Fear Index”?

Why is “Fear” Missing From the “Fear Index”?

Although global uncertainties remain high, the CBOE VIX Index — also known as the “fear index,” recently reached its lowest level since 1993. Some observers have questioned whether VIX remains a reliable indicator. In the first of a series of posts examining market risks, we consider possible drivers of this historically low volatility through the lens of MSCI factor models and examine average correlation between stocks — a key driver of market volatility.

In short, we find that three measures of volatility — implied (from VIX), realized and forecast (from the MSCI Barra US Total Market Equity Trading Model (USFAST)1 — have been consistent with each other and reflected market conditions. We also find that correlations between stocks dropped to low levels in 2017, contributing to low market volatility.

Historically, a volatility risk premium (VRP) of VIX over realized volatility has existed. If the VRP were to shrink, that could create an artificially low VIX. We test to see if this is currently a key driver of low VIX. 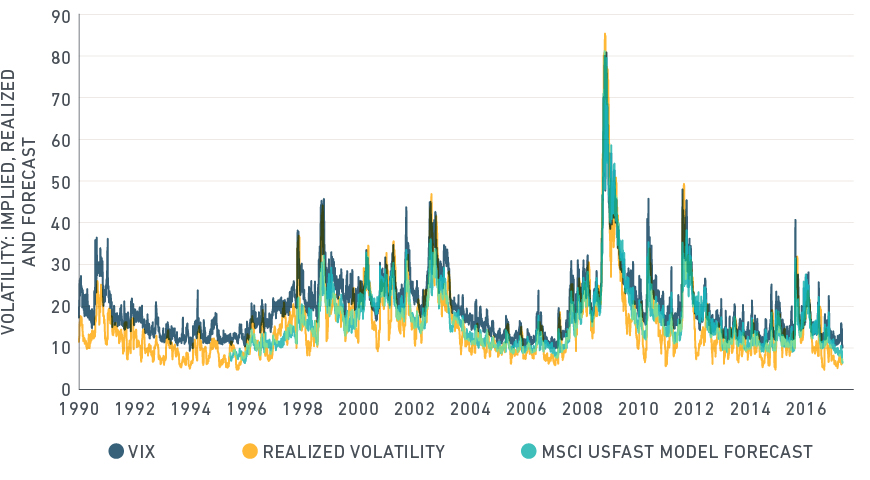 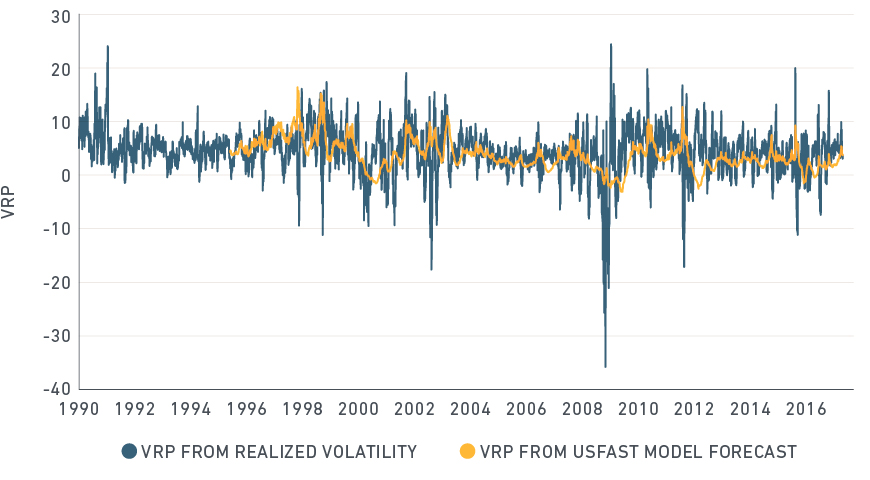 While all three measures of volatility are at historically low levels, these levels are not unprecedented. There were extended periods in the mid-1990s and 2000s where volatility was at low levels.  Implied volatility, represented by VIX, has generally been above both realized and forecast volatility through the entire period and into 2017. 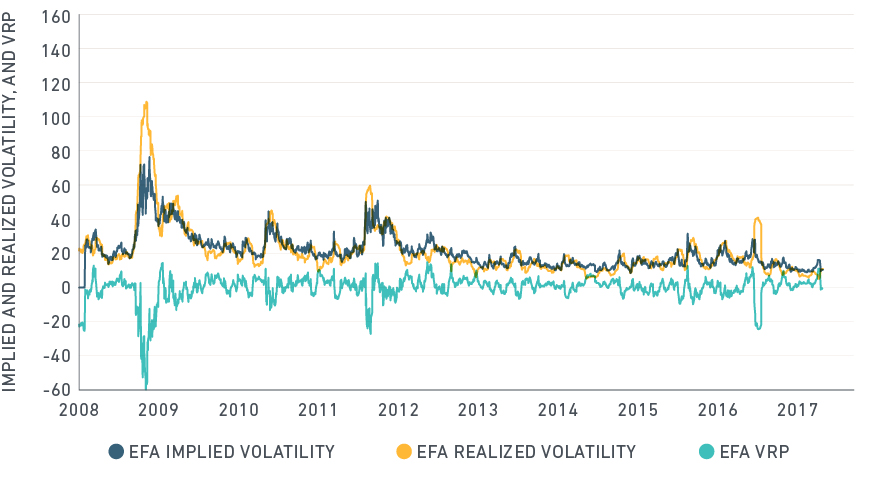 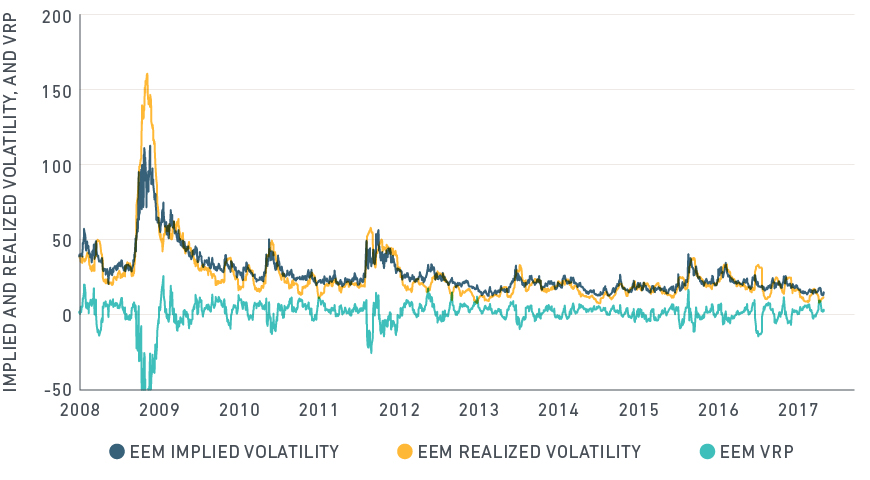 Realized and implied volatility and the VRP for emerging markets and EAFE. 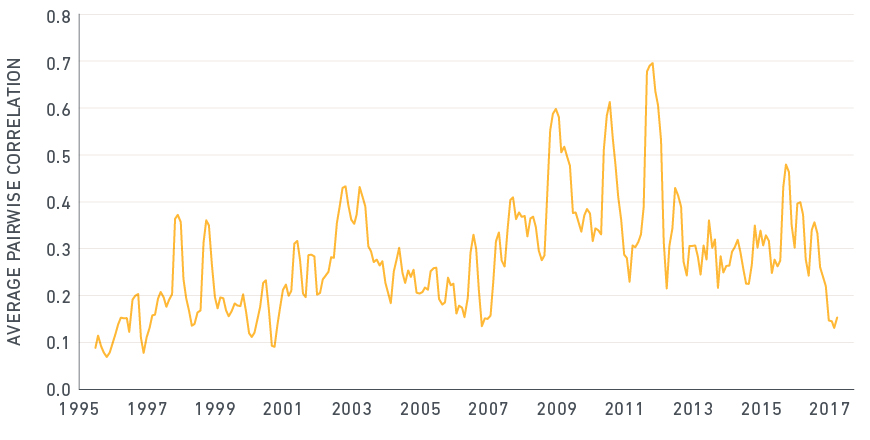 The author thanks Dimitris Melas, Peter Zangari and Leon Roisenberg for their contributions to this post.

Has the growth factor earned a premium?

Which factors are more time-sensitive?