Winners and Losers of a U.S.-China Trade War 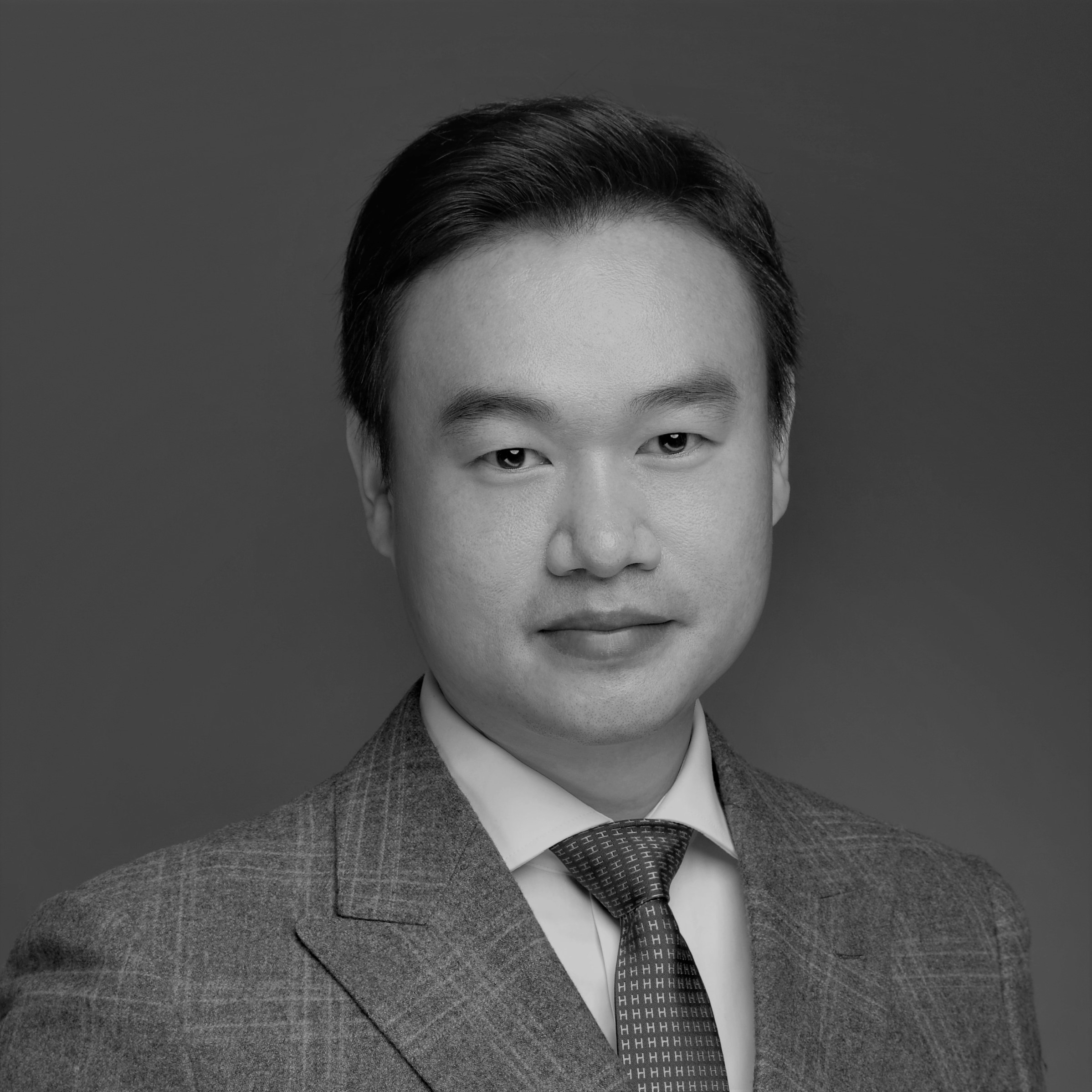 Winners and Losers of a U.S.-China Trade War

The question of who wins or loses a U.S.-China trade war has more than two possible answers.

While much of the analysis has focused on China’s heavier reliance on exports to the U.S., American companies (and those who invest in them) actually have greater revenue exposure to China than the other way around. In fact, 5.1% of the revenues of companies in the MSCI USA Index come from China and may be at risk as a result of a trade war. In comparison, only 2.8% of the revenues of the companies in the MSCI China Index come from the U.S.

In a recent blog, we assessed the trade war’s impact on the global economy. Here we examine the effect that a trade war between the two biggest economies could have within specific sectors in those two countries, and others around the world.

Impact on sectors in the U.S. and China

Markets reacted quickly when the U.S. announced tariffs on Chinese imports across targeted industries, such as aerospace, machinery and technology, with cross-selling of equity and commodity markets around the globe. Not surprisingly, the directly affected sectors came under the greatest selling pressure.

However, this doesn’t tell the whole story for equity investors. To quantify the potential impact from an equity portfolio perspective, we examined the revenue exposure of Chinese firms to the U.S. and vice versa at a sector level, derived from the MSCI Economic Exposure database.

The exhibit below shows that China’s information technology and energy sectors are the most exposed to the U.S. economy. By way of contrast, the U.S. information technology, materials, industrials, consumer staples and energy sectors all have relatively high exposure to China’s economy. While an expanded trade war could lead to a “lose-lose” outcome, there could be greater impact for stocks in the U.S. Overall, they are more exposed to the Chinese economy than the other way around.1

U.S. and Chinese firms’ revenue exposure to the other’s economy 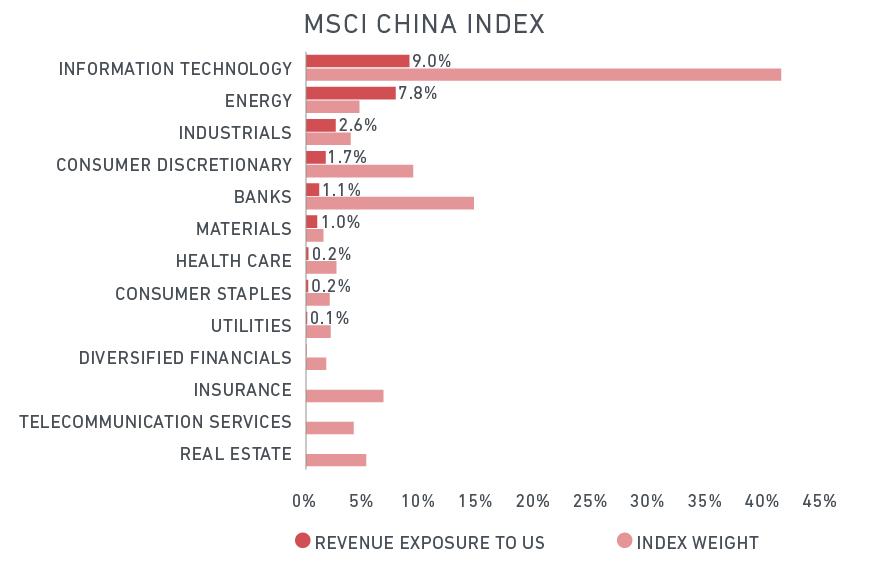 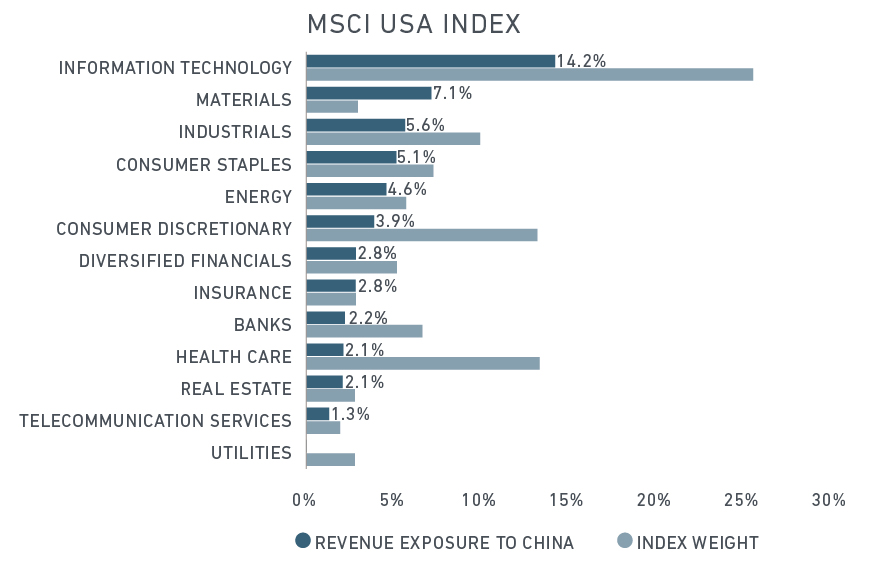