Chaos in U.K. Bonds: Could it Happen Elsewhere?

Chaos in U.K. Bonds: Could it Happen Elsewhere?

Last week’s dramatic moves in U.K. government bond yields and a weaker pound underscore the difficulties facing investors in the current market environment. Global investors have started to consider whether other countries could experience similar events.

It’s tempting to think the U.K. may be an outlier, and that a unique set of circumstances distinguishes it from other countries. The new government’s recently announced programs to cap energy costs and reduce taxes (later partially rescinded) raise concern of significantly higher budget deficits. And the Bank of England’s (BOE) announcement to temporarily purchase longer-dated U.K. government bonds to stabilize that sector of the market is directly at odds with its existing policy of quantitative tightening.

Is the U.K. really that different?

But other countries also face significantly worsening fiscal situations, and the BOE’s recent action serves as a forceful reminder that other central banks could retreat on quantitative tightening in the name of financial stability.

For example, realized inflation and forward-looking measures of inflation and interest rates embedded in yield curves suggest important similarities between the U.S. and U.K. Currently, the level and shape of the U.S. and U.K. government yield curves are remarkably similar (see figure below). And, as reflected in forward rates on USD SOFR and GBP SONIA, the market sees both the Fed and the BOE as willing to hike short rates to combat inflation. Indeed, the BOE rate increases are more aggressive, with GBP short rates expected to touch 6% while USD rates peak around 4.5%. Is the Fed’s credibility with investors really that much greater than the BOE’s?

Regardless of the answer, this past week’s events in the U.K bond market serves as a cautionary note to investors: What happened in the U.K. could also happen elsewhere.

BOE’s inflation fighting credentials as good as the Fed’s 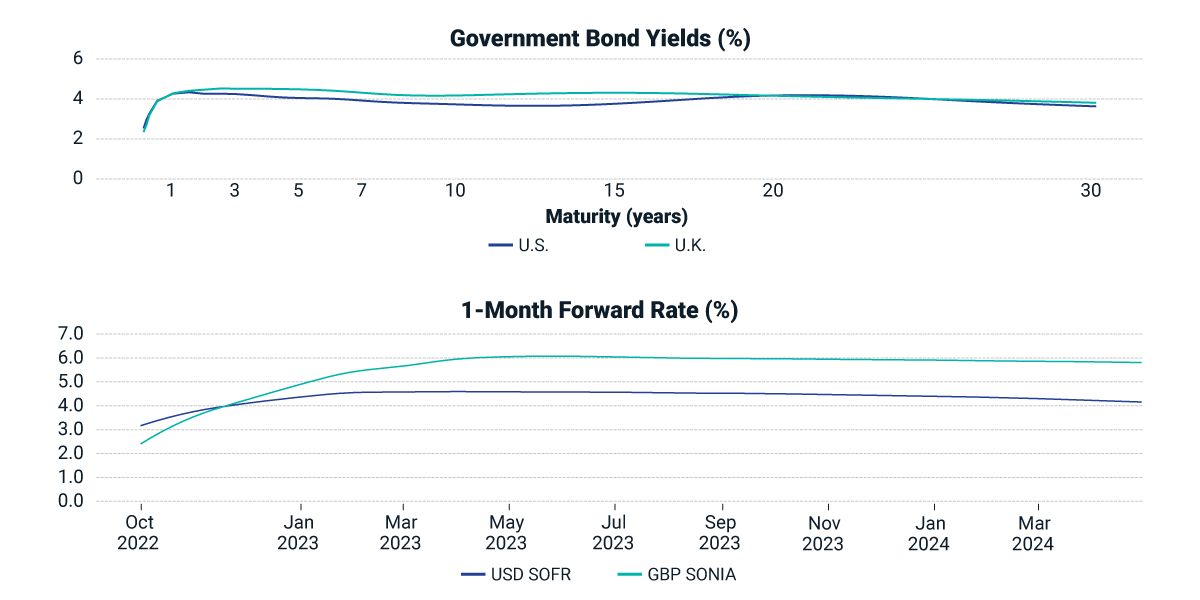 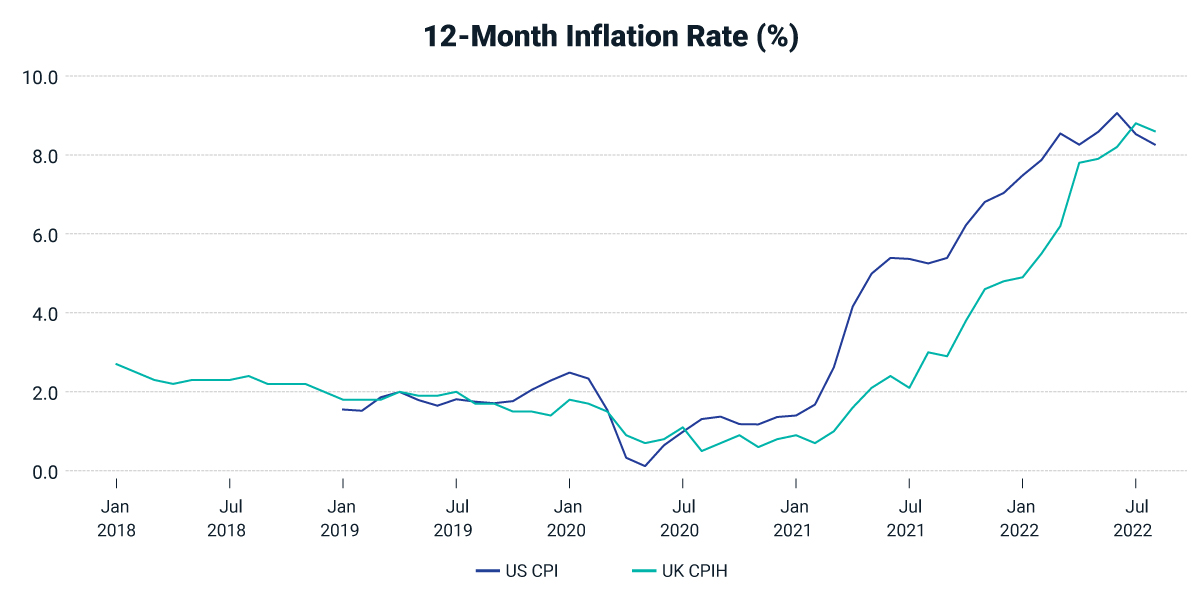 This year’s abysmal performance of the 60% equity/40% bond portfolio raises fundamental questions about the role of bonds in multi-asset-class portfolios.

The unfolding European energy crisis is causing havoc among energy producers and utilities. Germany’s nationalization of struggling utility company Uniper is a recent example of the fallout.

We explore the sometimes volatile, push-pull relationship between investors and central banks as each looks to navigate extreme inflation in the U.S., the eurozone and the U.K.