Argentina and Turkey have experienced sharp corrections in their currency and debt markets over the past couple of months, leading investors to worry about possible contagion to other EM countries. Are other emerging markets heading in the same direction?

Our analysis suggests there have not been – as yet – signs of widespread contagion, but some countries, including Russia, South Africa, Brazil and Indonesia, have begun to move more in line with Argentina and Turkey.

EMERGING-MARKET COUNTRIES IN THE SPOTLIGHT

The 1997 Asian financial crisis provided a vivid lesson in how a problem in one country can quickly spread to seemingly unrelated markets. More recently, a few sharp moves in the sovereign yields and currencies of Argentina and Turkey made investors nervous about other emerging-market exposure (see exhibit below).

Argentina and Turkey currencies deteriorated and their sovereign yields rose 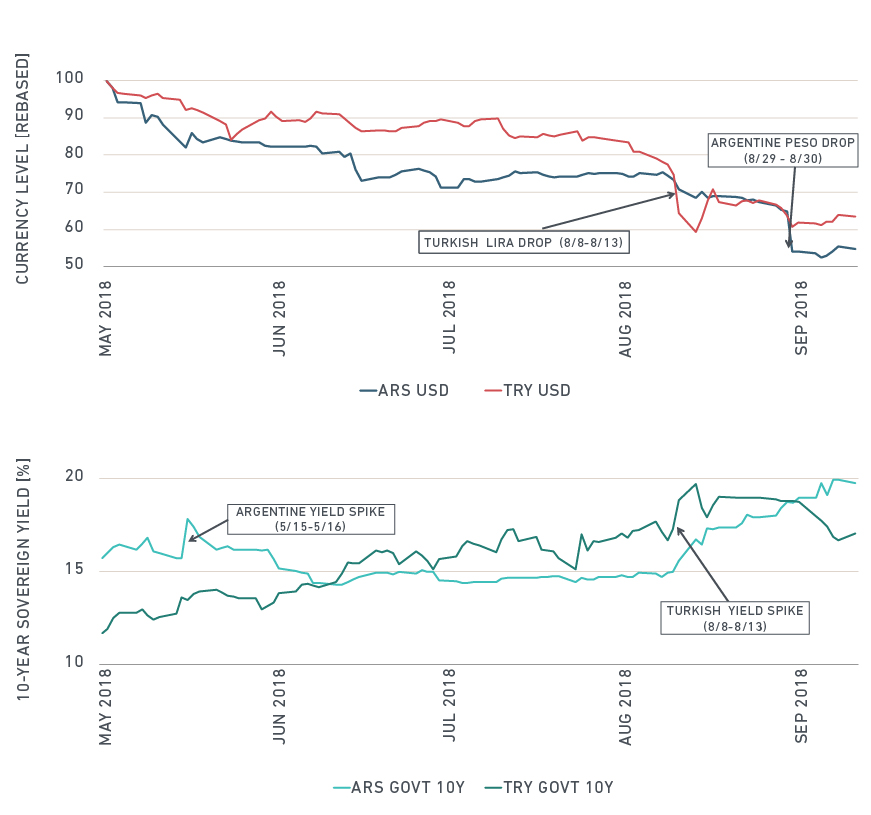 We examined whether these recent market corrections spread to other emerging-market countries. Our analysis distinguishes between three categories:

We compared the realized returns for emerging-market currencies and sovereign yields with predictions based on past sensitivities to countries experiencing stressful conditions.1 A significant discrepancy between realized and predicted returns could suggest a marked shift toward increasing contagion.

Argentine and Turkish market corrections did not show contagion 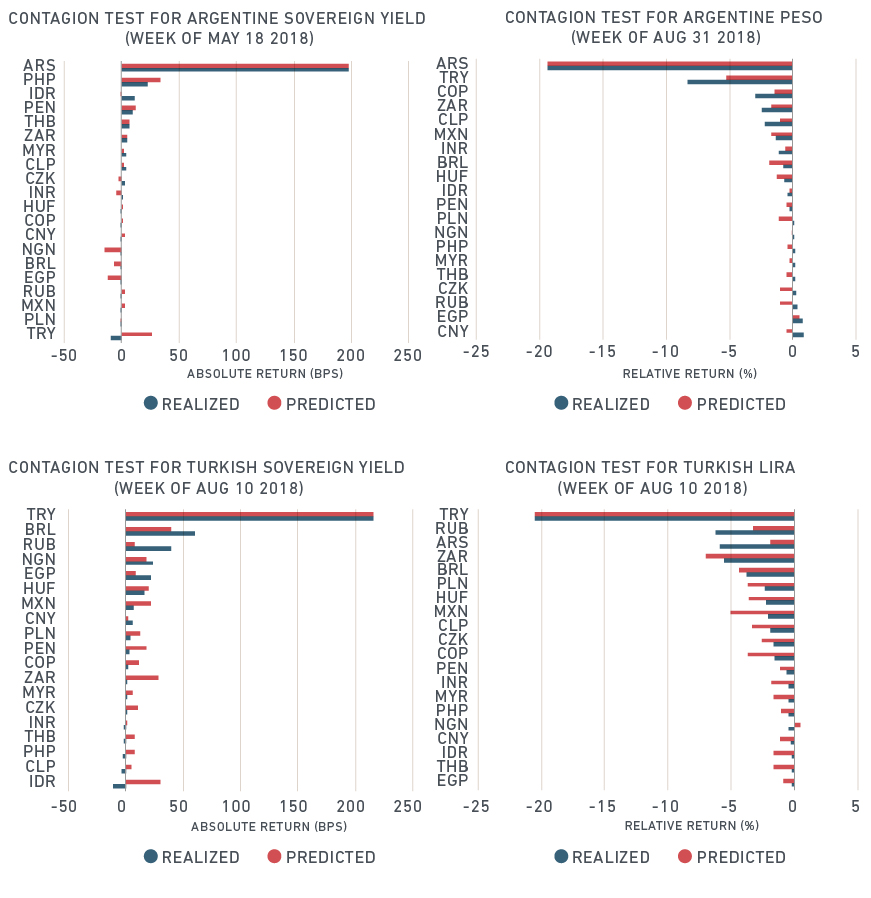 Our analysis indicates that there was not widespread contagion (our first category) to EM countries during the recent market corrections in Argentina and Turkey. In general, realized returns fell into one of the last two categories. For the Turkish lira, returns were mostly in line with historical sensitivities (category two); and for the other contagion tests returns were typically in line with the idiosyncratic interpretation (category three).

These findings also suggest that a few vulnerable countries’ bond and currency markets may be experiencing a fundamental change, which would make past returns less accurate as a guide to future correlations and risk. Ahead of any potential correction, investors may want to pay attention to these countries and their exposure to the fundamental drivers of potential weaknesses.

1 For example, we shock the Turkish lira with the return observed between Aug. 8 and 13, 2018, and predict how other currencies would have reacted based on their historical sensitivity to the Turkish lira.