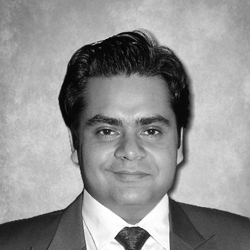 Inflation is rising — with the U.S. consumer price index up 5.4% compared to June last year — and driving market performance. But inflation also has implications for defined-benefit (DB) pension funds, whose funding ratios are affected by changes in assets and liabilities. We analyzed two multiperiod inflation scenarios to understand how funding ratios could evolve in each and what it could mean for the pension fund in terms of special contributions over the next 10 years. We found that, under our hypothetical Stagflation scenario, the funds would need to make special contributions in the first six years to improve their funding status.

Our analysis concentrated on DB pension funds that aim to keep their funding ratios around 100%. In our example, we specifically addressed the case of a hypothetical Canadian pension fund’s having to comply with Canadian regulations requiring federal private pension funds to pay special contributions in case of a funding shortfall.1 The asset side of our Canadian pension fund has an allocation to global equities, Canadian bonds, Canadian and U.S. real estate and global infrastructure (see exhibit below). We proxy the liability side with a hypothetical cash-flow projection of an open pension fund and assume the liabilities are indexed to inflation.2

We looked at the hypothetical fund’s return under two 10-year multiperiod scenarios for inflation.3 First, an optimistic “Reflation” scenario (strong economic growth, inflation slightly higher than central-bank targets and a strong equity market) and, second, a more pessimistic “Stagflation” scenario (slowing economic growth, high inflation and an equity-market downturn).4 We assumed yearly rebalancing to the original asset allocation and reinvestment of income. Whenever the pension fund needed to make special contributions because of a funding shortfall, we assumed proportional investment into the asset mix.

Stark Differences Between the Two Scenarios

Special Contributions Made a Difference

Average annualized holding period return for a Canadian dollar invested in a specific year during the Stagflation scenario and held until the end of the scenario period.

Depending on the type of inflation scenario, our DB pension fund’s funding ratio remained relatively flat or experienced a significant drop. Special contributions played an important role in the latter case, by pushing forward the funding ratio’s eventual recovery by several years.

1To calculate special contributions, we took the running 3-year average of the funding shortfall and funded that shortfall over the next five years through equal payments, as described in the regulation “Preparation of Actuarial Reports for Defined Benefit Pension Plans” by the Office of the Superintendent of Financial Institutions.

4The initial inflation shock is based on the narratives outlined in previous MSCI research, while over the 10-year horizon inflation reverts to its long-term average. In the Stagflation scenario, 10-year U.S. breakeven inflation rises to 5.45% over four years before it slowly reverts, while the 10-year U.S. government bond yield follows suit and U.S. equities lose around 32% in the first year. In the Reflation scenario, 10-year U.S. breakeven inflation rises to 2.9% in the first two years, while nominal yields remain flat and U.S. equities grow steadily with around 4% annual gains.

5While the Stagflation scenario is hypothetical, prior MSCI research highlighted that, over the past 50 years, markets typically recovered within a five-year period.

How Inflation Could Affect Multi-Asset-Class Portfolios

Long-Horizon Risk: The Past 50 Years