Will U.S. homeowners slow down the heady prepayment rate on their mortgages — even if interest rates remain unchanged? A slowdown could potentially harm returns of mortgage-backed securities (MBS) and could extend the duration of these securities. This could pose a one-two punch for MBS holders, who already are wary that the Federal Reserve’s tapering of its bond-buying program may pose extension risk. Our analysis suggests otherwise, as the strong U.S. housing fundamentals and restored balance sheets of U.S. households should uphold the base prepayment speed, and thus alleviate extension risk.

In our recent blog on MBS extension risk, we focused on the impact of interest rate increases1 driven by the Fed balance sheet normalization program, which has caused some nervousness among MBS investors. The recent spate of headline news2 concerning the health of the U.S. housing market may cast doubt on how well recent strong base prepayment speeds can hold up in the longer term. Indeed, a small change of this long-term assumption can lead to a large discrepancy in the measurement of MBS extension risk. Uncertainty about the “lock-in” effect, where investors receive the repayments slower than originally desired, was also a major factor in the 1994 MBS bond market sell-off (“the great bond massacre”). 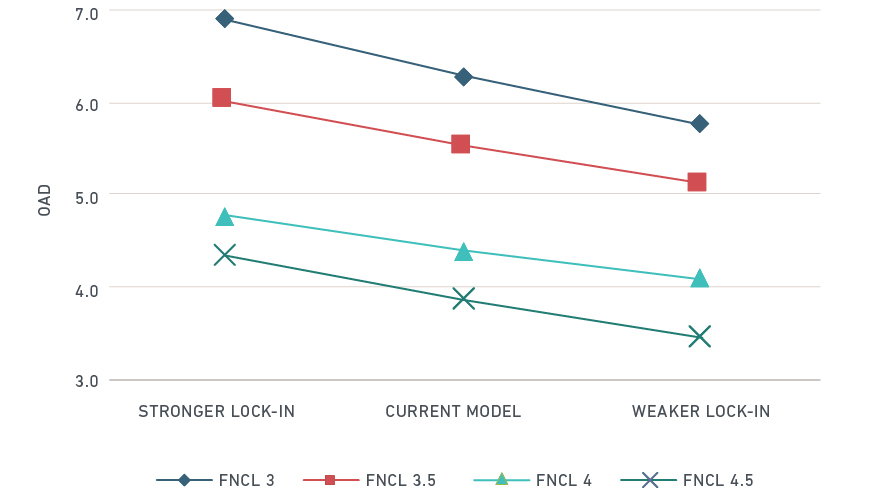 As bull bond markets over the past 35 years have historically led to very few prepayment environments experiencing the “lock-in” effect, we instead looked at the U.S. housing market fundamentals and balance sheets of U.S. mortgage borrowers. In our view, these are important drivers of housing turnover and cash-out activities in the longer term. Housing turnover and cash-out activities are the two major components of base prepayment speeds.

For the past several years, the inventory of housing units for sale has been extremely low, as shown in the following exhibit. This has contributed to the strong housing price appreciation and put a ceiling on home sales activity. As housing inventory normalizes, this has the potential to push up the housing turnover speed, as more homeowners choose to sell their existing homes and buy new ones.

The homeownership rate is also very low — currently at 64%, about the level it was in the late 1980s according to U.S. Bureau of the Census. (Homeownership increased steadily for 10 years, from 64% to 69%, since President Bill Clinton’s National Homeownership Strategy was introduced in 1995). If we use the 1980s as a benchmark, the current equilibrium level of homeownership should be higher than 64%; the historical level before various post-‘80s housing policies encouraged higher homeownership. A 1 percentage point uptick in U.S. homeownership increases home sales by 1.4 million units,3 potentially impacting the entire U.S. housing market. This would be in sharp contrast to the severe slowdown that occurred during the Global Financial Crisis (GFC). During this period, housing turnover slumped to 4 Conditional Prepayment Rate (CPR) as 8 million homes foreclosed4 and homeownership levels retreated.

The strong housing market and government policies could provide the backdrop for a more favorable outlook for homeownership and this could help support a pick-up in home sales activity. Furthermore, housing affordability levels – while declining in recent years due to house price rises and higher mortgage rates – are still within historical normal bounds. Such positive fundamentals have been linked to robust housing turnover speeds in the past,5 and have gone some way to mitigating extension risk.

The mortgage debt-to-income ratio for U.S. households is at its lowest point since the 1980s. The significant deleveraging, which has taken place since the GFC, has forced U.S. households to become more financially conservative. If the U.S. economy continues its recovery, we expect the mortgage debt-to-income ratio to improve from 4.5 to 5.5, a historical level before the housing boom. Even if the mortgage rate rises further to 5.6%, this metric falls by a relatively modest 12% (from 4.5 to 5). Meanwhile, aggregated U.S. home equity has reached unprecedented levels, at approximately USD 10 trillion. This has also prompted policy-makers to allow cash-out refinance options to pay-off student debt since 2017.6 Cash-out activity could therefore pick up further, supporting the strong base prepayment speed and mitigating extension risk concerns. 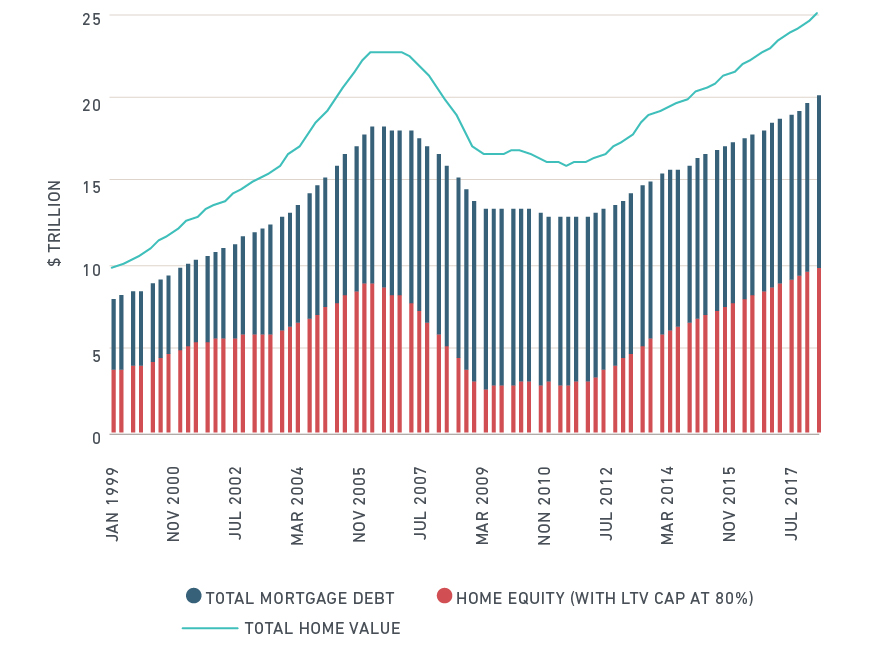 In short, our analysis suggests that strong housing fundamentals and restored balance sheets of U.S. borrowers may help to sustain the current strong base prepayment speeds, and possibly mitigate MBS extension risk under the current economic environment, though investors will likely want to continue to dig deeper into this issue.

2 The recent housing market readings even caught the attention of Federal Reserve officials. See Minutes of the FOMC meetings of July 31st-August 1, 2018

3 About 8 million foreclosures from 2007 to 2016 pushed homeownership lower by five points. We assume 10% of home were investment properties; we can estimate the change of homeownership with respect to the change in home purchases/foreclosures, and then invert the relationship.