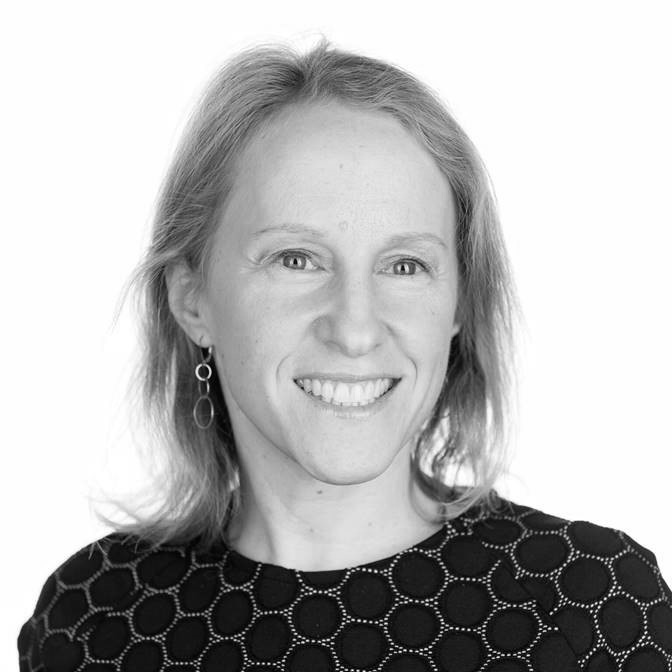 As the global economy expands, will biodiversity losses become the next crisis facing humanity, possibly surpassing climate change?1 The World Economic Forum estimates that more than 50% of global GDP (USD 44 trillion) “is moderately or highly dependent on nature and its services,” and therefore exposed to biodiversity loss.2 For investors, growing scrutiny on biodiversity risks could have implications for industries that threaten biodiversity or environments of high conservation value.

Mining operations could have troublesome impacts on ecosystems in areas identified as biodiversity hotspots, which meet two criteria: 1) have at least 1,500 endemic, native vascular-plant species and 2) have lost 70% of primary vegetation.3

Protection of pristine environments is another critical component of biodiversity conservation. In contrast to the threatened status of biodiversity hotspots, pristine environments have highly intact ecosystems. Encroachment on these intact areas could degrade some of the last remaining wild areas on Earth. We approximated pristine areas as those that have at least 97% of their biodiversity intact, based on the Biodiversity Intactness Index, which measures changes in local biodiversity at a spatial resolution of approximately one square kilometer due to land use and related pressures.4 We identified 13% of mines owned or operated by constituents within the MSCI ACWI IMI as operating or with proposed operations on these intact lands.

Mines in Pristine and Intact Environments

Areas that are both highly intact and in regions of biodiversity hotspots represent some of the last vestiges of pristine environments within these threatened ecosystems. Combining the maps of intact environments and biodiversity hotspots allows us to see which companies operate in these areas of high conservation value. The companies with the highest percentage of their 2019 reserves value5 in these environments include Southern Copper Corp. (46%), Endeavour Mining (42%), Pan American Silver Corp. (30%), Newcrest Ltd. (28%), Zijin Mining (23%), Alamos Gold Inc. (21%), Banpu Public Company Ltd. (20%), Sumitomo Metal Mining Co. (9%), Newmont Corp. (8%), South32 (7%) and Peabody (4%).

Combined Map of Mines in Biodiversity Hotspots and Intact Environments 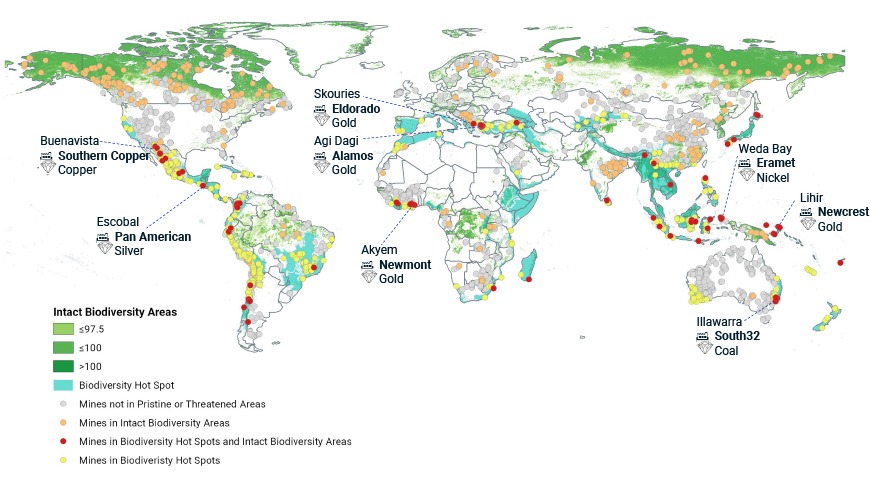 Litigation, increased regulation, protest or reputational damage due to adverse impact or threats to biodiversity could decrease company value and increase their cost of capital. These risks may escalate as investment firms begin to measure and report their impacts on biodiversity. Several large investment firms have shown interest in two new financial frameworks on biodiversity loss: the Task Force on Nature-related Financial Disclosures (TNFD) and the Partnership for Biodiversity Accounting Financials (PBAF). The TNFD in particular has the support of 49 different financial institutions and firms from various parts of the globe such as AXA, BNP Paribas, Citi, Credit Suisse, Danske Bank, Lloyds Banking, Manulife, Mirova, PIMCO, Robeco and Wells Fargo Asset Management.6

Metal mining is expected to increase over the coming decades due to demand for new energy infrastructure and continued development in emerging markets. Future demand for minerals may increase the likelihood that metal-mining companies develop mines in lands of high biodiversity value.8 However, an increased focus by regulators and people around the world on the loss of biodiversity may heighten risks to those invested in these projects.

5Reserves value was calculated based on the price of minerals contained in each company’s proven and probable reserves as of Oct. 30, 2020.

Oil Spill Risk and Biodiversity in the U.S. Gulf of Mexico (available on MSCI ESG Manager)