Regulatory authorities are now taking a much tougher approach to corporate tax rates. Since we explored the topic in December 2013  (The ‘Tax Gap’ in the MSCI World), the regulatory outlook has shifted substantially. New country-by-country transfer-pricing reporting requirements from the Organisation for Economic Co-operation and Development (OECD) will come into effect in January 2016. Favorable tax deals will likely be scarcer in the near term, given the European Commission’s investigation of whether ”sweetheart” tax arrangements offered by Ireland, Luxembourg and Netherlands contravene European competition rules against providing ”state aid.” Some countries have also proposed specific tax-avoidance legislation explicitly targeting big name multinationals, such as U.K. legislation dubbed a ”Google Tax’” and Australia’s new ”Netflix Tax.”

Key findings of that report included: 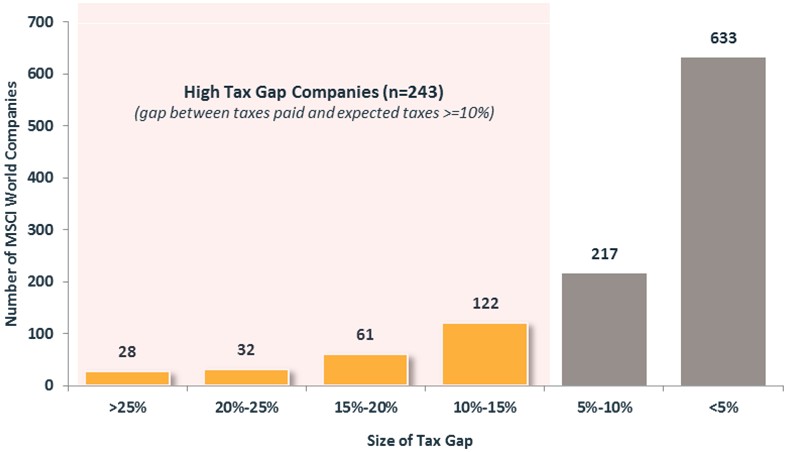 Exhibit 2: Comparison of Earnings Before Tax and Net Income between High Tax Gap Companies and Rest of MSCI World Index 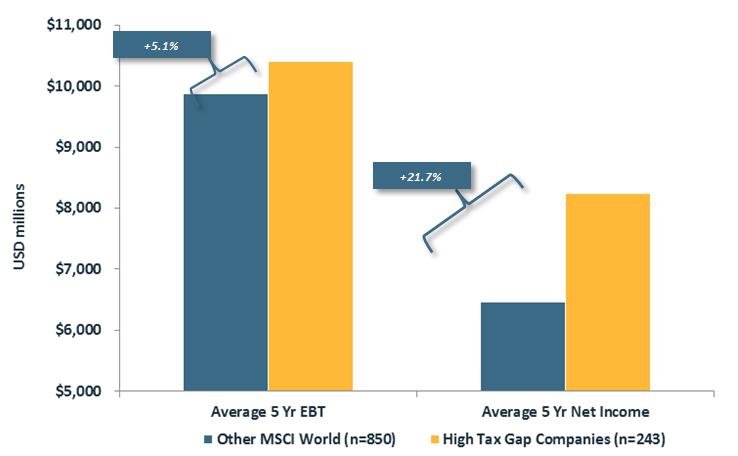 The results suggest that employing different tax strategies than their peers could have been a main driver of the large net income advantage enjoyed by these high “tax gap” companies over this period. On the one hand, whatever tax strategies these companies employed clearly worked over this period in that these companies reported much higher net income than they might have otherwise. On the other hand, the higher net income may have resulted from maneuvers unrelated to the quality of the core business operations, where the advantages enjoyed by these companies over their peers seem to be more modest.

While our ”tax gap” analysis cannot identify instances of aggressive profit-shifting per se given limited disclosure by companies, it can suggest a more targeted set of companies for investor engagement by understanding the large gap between the reported tax rate paid and the tax rate of where companies generate revenues.