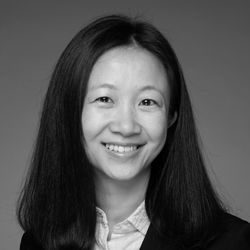 The week of Feb. 5 witnessed a return of market volatility not seen since the days of the euro crisis in 2011. After hovering near 10% for most of the past year, the level of the VIX briefly topped 50%. What caused the spike? Was it rising interest rates and inflation fears? Did the volatility mark a transition to a new market regime, or was it a one-time event? Using the MSCI Integrated Model to deconstruct these events, we find that the VIX itself stands out as the single factor that explains the turbulent week.

The exhibit below considers various explanations for the behavior of 14 market variables across asset classes.1 For each scenario, we used the actual behavior of one market variable for the week of Feb. 5 to project the changes in other market variables during the same week. The predictions were based on the correlations forecasted by the MSCI Integrated Model as of the prior week.

Some scenarios provided a poor explanation for what happened. While fears of inflation and rising rates likely played a role, rates (light green bars) and inflation (yellow bars) shocks explain only small fractions of the returns when we look across all market variables for the week.2 Scenarios based on the previous week’s rate moves did no better. There seems to be more going on than changing inflation expectations.

Both Global (gray bars) and US Equity (dark green bars) shocks explained about 80% of the overall return variations across the multi-asset class variables considered. While the rates scenarios did not predict the magnitude of the equity markets’ decline, the equity scenario projections of a flight to quality into Treasurys held up well.

The single best explanation for the week, explaining fully 95% of returns, was the VIX itself (red bars). Its return was more than twice the prediction based on shocks to the equity markets alone, and the VIX scenario more closely captures the returns to credit. Perhaps fear itself, more than any macro driver, was primarily responsible for the bumpy week.

The increase in volatility over the week of Feb. 5 was large and sudden, and the markets are unlikely to return soon to the calm of 2017. But the high accuracy of the scenario analysis – with 95% explanatory power – indicates that the structure of the markets has been relatively stable so far. Past relationships did well explaining the current markets, and the large events did not indicate structural changes in the markets. We will continue to monitor these market dynamics.

1 The returns illustrated in the exhibit are measured in different units for different market variables. VIX return reflects the absolute change in the VIX level; equity returns are the country or world equity factor returns; rates and inflation returns are the 5-year key rate changes of government par yield and break-even inflation; credit returns reflect the average relative spread changes for each segment of the market.

This blog post was written in collaboration with Peter Shepard.