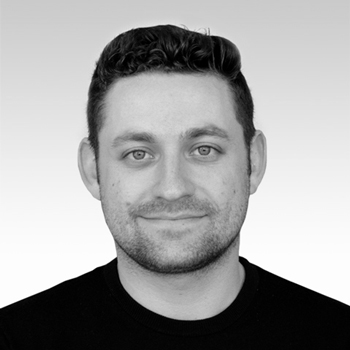 More countries and companies are adopting and implementing their pledges to limit global warming to well below 2 degrees Celsius (2°C) by the end of the century, but the pace of the transition can affect the value of investments — negatively (a policy risk) or positively (a technology opportunity). How can investors test the exposure of their portfolios to different climate-change transition speeds?

Many market participants use scenario analysis to stress test their portfolios against extreme events such as the 2008 global financial crisis or a rapid rise in inflation. Such an analysis can also be used to test how the valuation of a portfolio could change under different climate transition speeds or scenarios chosen by the investor. Two factors will drive this choice: understanding future risks and responding to regulatory and disclosure requirements.

To illustrate how the choice of climate scenarios can affect results, we analyzed the impacts for both transition risks and opportunities1 on MSCI ACWI Index constituents using two different climate-stabilization scenarios: Net-Zero 2050, which limits temperature rise to 1.5°C by midcentury and Delayed Transition (2°C), where “late action” still limits global warming to 2°C.2 These scenarios were developed by the Network for Greening the Financial System (NGFS),3 an initiative driven by over 100 central banks that provides a series of climate scenarios available to regulators globally that can also be used by the private sector, governments and others.4

If an industry offers a low-carbon alternative, that may represent a technology opportunity. Industry groups or industries such as capital goods, technology hardware and equipment or semiconductors and semiconductor equipment may be able to fully negate their transition risk and see their enterprise value rise under this scenario.

Impact of the transition-risk scenarios on the enterprise value of companies in the MSCI ACWI Index. The impact on the “average” company in each industry group is shown, whereby companies are equally weighted. Based on data as of Sept. 20, 2021. Source: MSCI ESG Research.

Moving to a late-action 2°C scenario, the policy risks increase substantially, with the average energy company doubling its loss to enterprise value compared to the 1.5°C scenario (62% vs. 31%, respectively). However, other industry groups would face greater proportionate losses. For example, the average transition risk for food and staples retailing would quintuple to -33.46% in a late-action 2°C scenario from -6.73% in an early-action 1.5°C scenario, with most of the increased risk coming from electricity use (Scope 2).6  Transition costs and opportunities are higher in a late-action scenario: The delay in action means that far steeper emissions reductions will be required in a far shorter period to stabilize global warming.

Impact of the transition-risk scenarios on the enterprise value of companies in the MSCI ACWI Index. The impact on the “average” company in each industry group is shown, whereby companies are equally weighted. Based on data as of Sept. 20, 2021. Source: MSCI ESG Research.

When choosing a scenario, there is no right or wrong answer. Yet, choosing a good set of alternative outcomes is a pragmatic approach. This could include at least one below 2°C, one midrange like the delayed action and one that leads to a higher temperature range — e.g., exceeding 4°C, as there is lots of uncertainty over the future course of global warming. But that’s the value of stress testing: As regulatory pressures mount, portfolio stress testing sheds new light on the potential impact of climate change on investment outcomes.

1The policy scenarios aggregate future policy costs based on an end-of-the-century time horizon, providing insights into how current and forthcoming climate policies could affect company valuations by overlaying climate-policy outlooks and future emission-reduction price estimates onto company data. The technology scenarios identify current green revenues as well as low-carbon patents held by companies, calculate the relative quality score of each patent over time and forecast green revenues and profits of corporations based on their low-carbon innovative capacities.

2These scenarios from the Network for Greening the Financial System (NGFS) come from the Potsdam Institute for Climate Impact Research’s (PIK) REMIND model. They are referred to as the 1.5˚C REMIND NGFS Orderly and the 2˚C REMIND NGFS Disorderly scenarios.

3The main underlying variables in the NGFS system are the different responses by governments to reduce greenhouse-gas (GHG) emissions: assertive, delayed or none (current policy).

4Regulators who have referenced these scenarios include the U.K. Financial Conduct Authority, European Central Bank and Bank of England.

5Enterprise value is a measure of a company's total value, often used as a more comprehensive alternative to equity market capitalization. We averaged using equal weights within each industry group. While MSCI Climate Value-at-Risk metrics can be calculated at a security level, we looked at the impact to the enterprise value for the “average” company in each Global Industry Classification Standard (GICS®) industry group, whereby companies are equally weighted. GICS is the global industry classification standard jointly developed by MSCI and S&P Global Market Intelligence.

6As per the GHG Protocol, Scope 2 emissions are those coming from the generation of acquired and consumed electricity, steam, heat or cooling.