Venezuela and the Specter of Recovery Risk

Venezuela and the Specter of Recovery Risk

Venezuela unfortunately finds itself on the verge of political and economic collapse. From the perspective of investors in the country’s sovereign and corporate bonds, recovery risk — i.e., the risk investors will not recover the level of principal and interest they expect to recover — is now likely a bigger consideration than default risk. But traditional credit analysis may no longer be up to the task, while alternative methods — such as using dynamic risk factors — may provide investors a more complete view of portfolio characteristics.

Conventional analysis has previously provided accurate risk assessments of issuers from across a broad spectrum of health and creditworthiness. But what about extreme distress, in which the issuer has already tipped over into default? Venezuelan sovereign bonds have experienced this extreme distress, as the country’s economic and social conditions gradually — and then suddenly — deteriorated. And now default is no longer hypothetical: Nearly every maturity of dollar-denominated Venezuelan sovereign bonds, as well as those of state-run oil company Petróleos de Venezuela S.A. (PDVSA), went into default during 2017, according to MSCI data.

Yet pricing these bonds in a discount framework has become somewhat paradoxical. As Venezuelan credit spreads have substantially increased against U.S. Treasurys, the Venezuelan assets have reached a point of saturation — i.e., they’re discounted to such a degree that they’ve become less exposed to movements in spread. Hence, even as these assets accumulated more risk, their risk exposures (as measured by spread duration) appeared to decline. 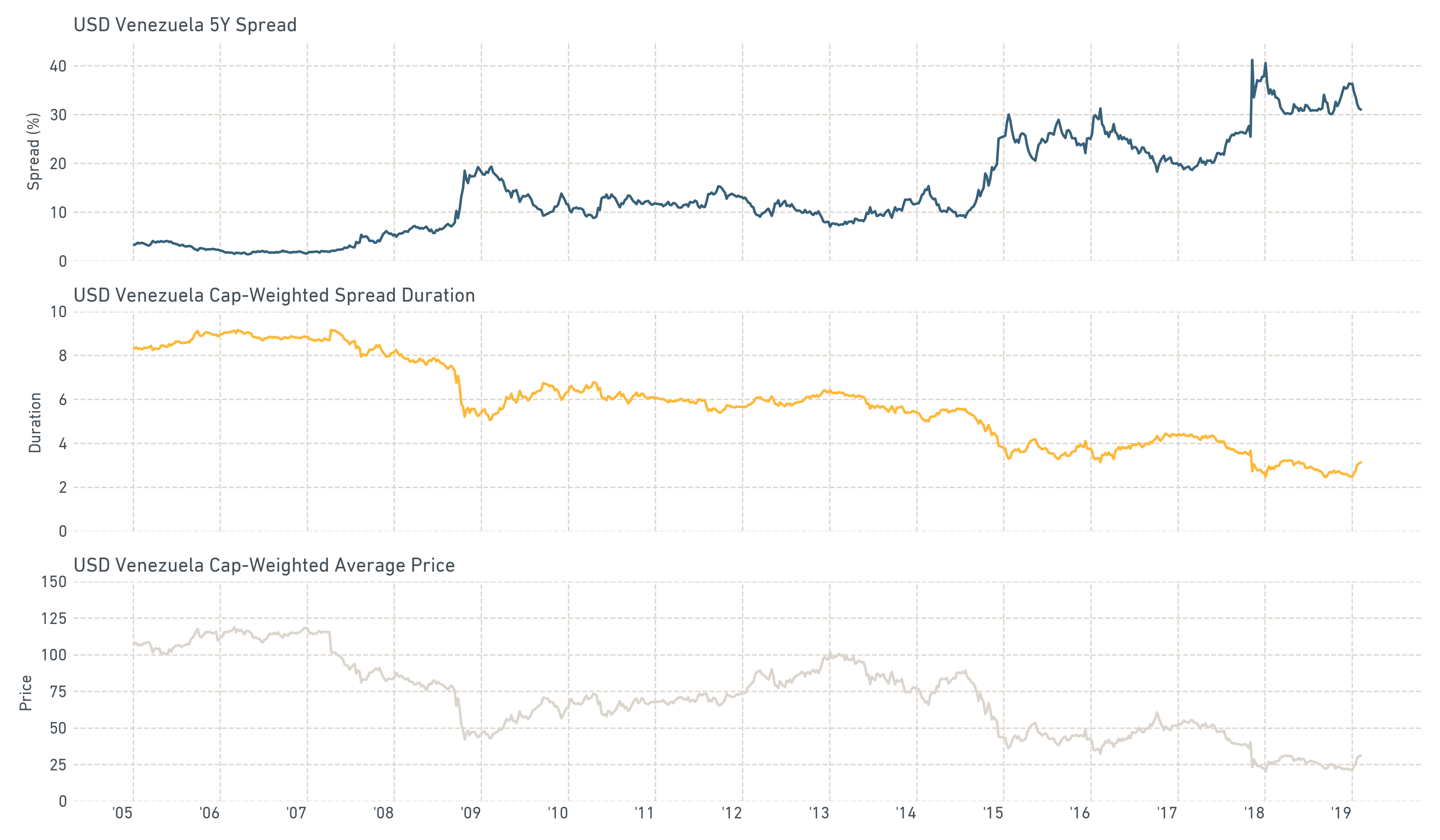 Although the bond-spread model has performed reasonably well during stable periods, its risk estimates can break down during episodes of extreme volatility — as Venezuela experienced in 2017, when the government missed several of its payments. As bond prices in early 2018 suggested Venezuela was going to default, the sovereign risk didn’t disappear; it shifted into recovery risk.

Another example is the credit contagion brought on by the global financial crisis, which led not only to correlated defaults, but to depressed recoveries relative to historical averages. Use of a static recovery assumption during such a scenario would have understated losses.

In the exhibit below, the light-blue “envelope plot” shows the risk component explained by the PD factor, while the difference between that portion and the orange one shows the incremental explanatory power obtained by introducing our recovery-risk factors into the equation. The exhibit demonstrates the scale of explanatory innovation that dynamic recovery factors present to investors who hold distressed paper. 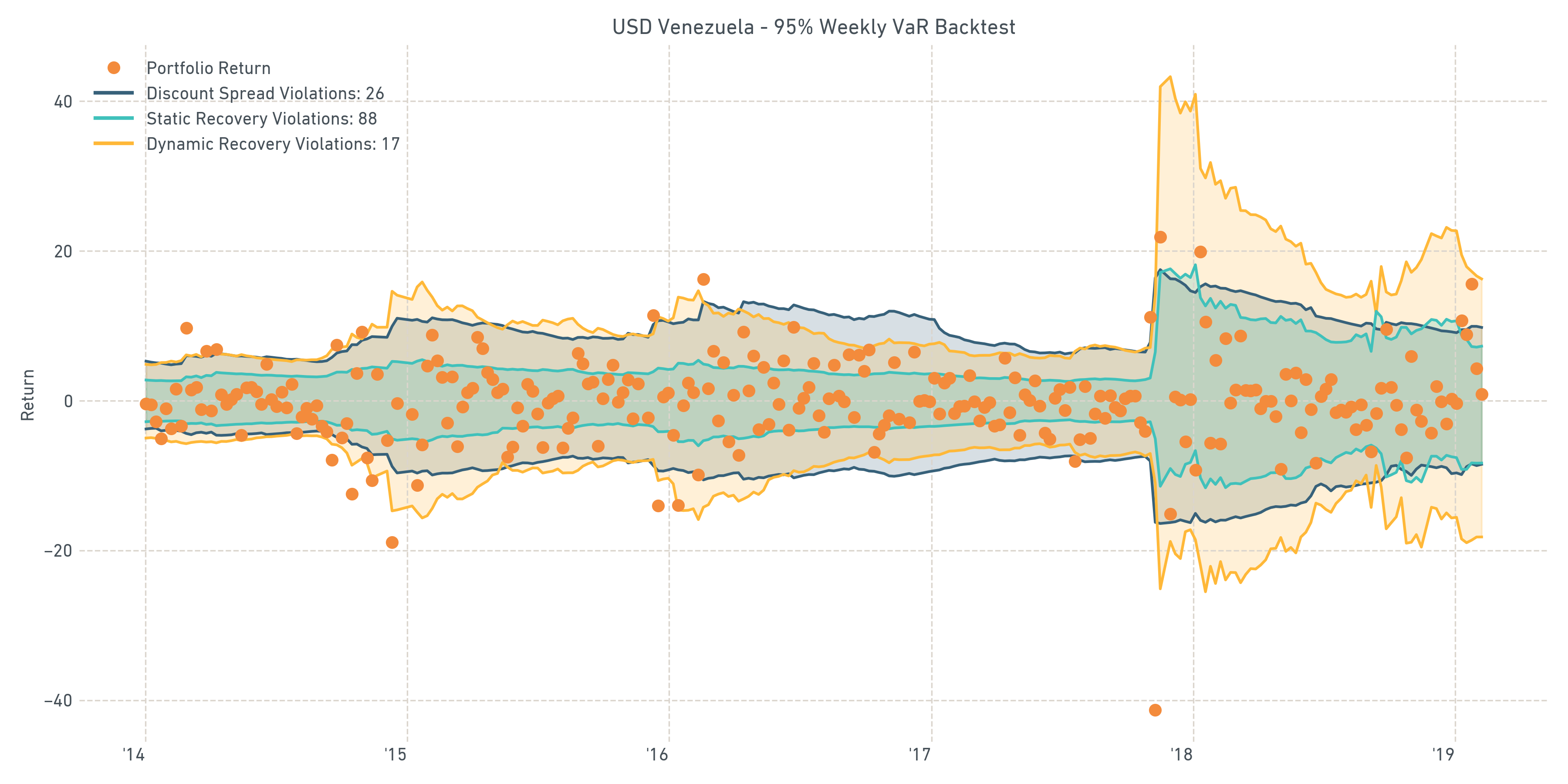 Default may obscure recovery risk, but the latter could be a specter that remains.