Was the Treasury Price Right? Yield Dispersion Amid COVID-19 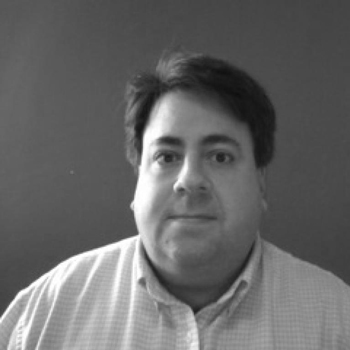 Was the Treasury Price Right? Yield Dispersion Amid COVID-19

The Treasury yield curve shows the relationship between yields and maturities. Such curves are represented as definitive lines on a chart, but they are statistically estimated — based on the price data of hundreds of off-the-run Treasurys with yields that can fall above and below the curve.1 Yield dispersion, or the degree to which individual bond yields fall away from the curve, can be viewed as a point-in-time measure of price uncertainty.2 In this post, we examine Treasurys’ yield dispersion during the recent coronavirus-related market volatility and compare it to historical levels of price uncertainty.

Reliable analysis of price uncertainty may help institutional investors as they consider a portfolio rebalancing. For example, if price uncertainty in the current market seems high, that may increase the risk of paying too much for a bond (or selling it for too little).

Partly in response to concerns that the Treasury market was showing “signs of stress and impaired liquidity,” the Federal Reserve on March 15 announced significant new Treasury purchases — and repeated this message on March 23.3 Following these announcements, and massive new purchases of Treasurys, price uncertainty in the Treasury market fell to nearly pre-crisis levels.

During the COVID-19 crisis, yield dispersion responded more quickly and clearly than realized Treasury-yield volatility — an effect like the yield-dispersion uptick in the last week of April (depicted in the exhibit below) would not be captured by realized volatility using only daily data.

Yield Dispersion Before and After the Fed’s Actions

We define yield dispersion on a given day as the average magnitude of the option-adjusted spread (OAS) of the bonds used to build MSCI’s yield curve for off-the-run Treasurys. Source: IDC, MSCI

A longer view of yield dispersion shows that the recent peak was seven times smaller than the peak during the 2008 global financial crisis (GFC), as the exhibit below shows. So, although price uncertainty in the Treasury market was elevated recently, it was still much lower than its peak during the GFC.

Yield Dispersion Was Far Higher During the GFC

It’s important to note that yield dispersion is different from volatility, which measures yield variability over time. For example, if a 10-day window is used to measure the realized volatility of the 10-year par yield, volatility during the COVID-19 crisis had a higher level than the peak of the GFC (as shown in the exhibit below), even if yield dispersion and price uncertainty were much higher during the GFC.

Yield Volatility Amid Coronavirus Outbreak Has Been Higher than During GFC

Volatility is measured by the 10-day realized volatility of the 10-year Treasury’s par yield.

Historically, bonds with the largest coupon-yield distance contributed the most to yield dispersion, and those with near-par coupons contributed the least.4 This correlation has mostly held in 2020: By dividing Treasury bonds daily into quartiles of coupon-yield distance, we can see how the yield dispersion of the top and bottom quartiles compare, as shown in the chart below. In other words, there may be more price uncertainty for bonds with coupons that are significantly different from prevailing market yields.

Coupon-Yield Distance Has Correlated with Dispersion

1We estimated the yield-curve using 3:00 p.m. market prices and a non-parametric regularization technique.

2Price certainty refers to a price on which many market participants agree.

4On-the-run bonds, which are the most liquid Treasurys and have the least price uncertainty, tend to have yields very close to their coupon rates.

What Yield-Curve Inversions Have Meant for Markets?

US inflation: The market’s implied view