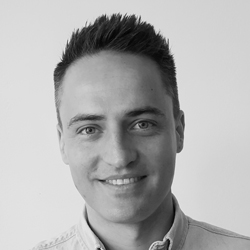 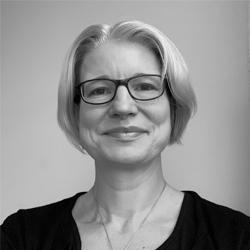 As we head toward the Christmas holidays, we realize that it’s not just Santa’s North Pole headquarters that are at risk from global warming. Around 75% of the world’s toys are made in China,1 with an astonishing variety and number of teddy bears, electronic games and fidget pops coming from the coastal provinces of Guangdong, Jiangsu, Shanghai, Shandong, Zhejiang and Fujian. Shantou’s Chenghai District alone, which is directly on the coast, reportedly accounts for 30% of the world’s toy production — a nearly USD 90 billion market.2

Under a 1.5 degree Celsius (1.5°C) future warming scenario, global sea levels could rise by around one meter by 2100.3 But some experts think this forecast may be too optimistic for Asia. China Water Risk, a leading non-profit in this area, estimates that a 1.5°C scenario would cause sea levels to rise by 2.9 meters around China, inundating one-fifth of the buildings in Guangzhou, one-third in Shanghai and one-half in Shanghai’s neighbor, Suzhou.4

To calculate the scale of this risk in economic terms, we used MSCI’s physical-climate-risk model, which estimates discounted climate-related loss5 based on our proprietary database of over 437,000 company locations. Looking at just coastal and fluvial flood risks,6 the manufacturing powerhouses of Guangdong, Shanghai and Fujian could be facing over USD 1 trillion of potential losses across all industries by the end of the century, under our aggressive scenario.7

Potential losses from coastal and fluvial flooding in mainland China and Hong Kong, all sectors

For toy manufacturing in the region, many of the companies are small, privately owned operations, but a select few can represent the risk many may face due to rising sea levels. We calculated the potential losses from flood risks for each company based on their assets and revenues in the coastal provinces of China (i.e., those with the greatest risk of flooding), discounted back to the present day, both in absolute terms and as a proportion of their current enterprise value including cash (EVIC).

In the exhibit below we show, for example, that Japanese company Tomy Co. Ltd. could face estimated losses of up to 12% of its EVIC from its operations in coastal China. Other consumer goods manufacturers, such as the Roomba vacuum cleaner manufacturer, iRobot Corp. (13% of EVIC), sportswear company Anta Sports Products Ltd. (7%) and Callaway Golf Co. (5%) would be similarly affected.

We found one of the biggest risks to EVIC from flooding was in the electronics sector, with Canon Electronics Inc. facing losses of up to 48% of EVIC from potential flooding in the coastal regions of China. But smartphone manufacturers could suffer the most in terms of absolute value. While iPhone manufacturer Foxconn Technology Group would see a flood-related loss of USD 404 million, or 12% of EVIC, Samsung Electronics Co. Ltd. stands out with one of the largest potential economic losses — USD 53 billion, or 10% of EVIC — under our aggressive scenario.

This means that, under an aggressive climate change scenario, Christmases of the future — that is, by 2100 — could turn out to be very expensive for consumers and companies alike.

3“Special Report on the Ocean and Cryosphere in a Changing Climate.” IPCC, 2019.

5To determine the scale of flood damages, MSCI ESG Research models the inundation of an asset at a given site depending on the local topography and the statistical distribution of extreme sea levels at the coast. We then estimate the costs of asset damage as the product of annual asset damage and asset value. In addition, we estimate the annual number of days of business interruption which, multiplied by revenue, yields the extra cost of business interruption. The total cost is defined as: cost = annual damage × asset value + annual share of revenue lost × annual revenue.