Earnings estimates have fallen for U.S. firms recently with a slew of downward revisions,1 possibly indicating that recession fears may be influential. Equity analysts anticipate that U.S. corporate earnings will increase by about 10% this year, which is a sharp departure from last year’s growth spurt (as shown below).

If growth continues to erode, analysts could be faced with trying to identify those firms that can continue to grow despite the difficult environment. They could also be challenged by so-called “growth traps,” which involve companies that were able to grow earnings recently but offered disappointing future guidance.

Earnings estimates and ratings have long been valued financial instruments of the stock picker’s toolkit. Our research indicates that firms whose earnings and ratings have been revised upward (bullish analyst sentiment), tended to outperform the broad market. Yet, historically these firms have been rare gems.

In addition, we found that most of the companies with the highest (and lowest) sentiment were small-cap stocks, highlighting that analysts may expect the rewards (and risks) in the coming year to expand beyond blue chips.

Earnings estimates declined in the US equity market 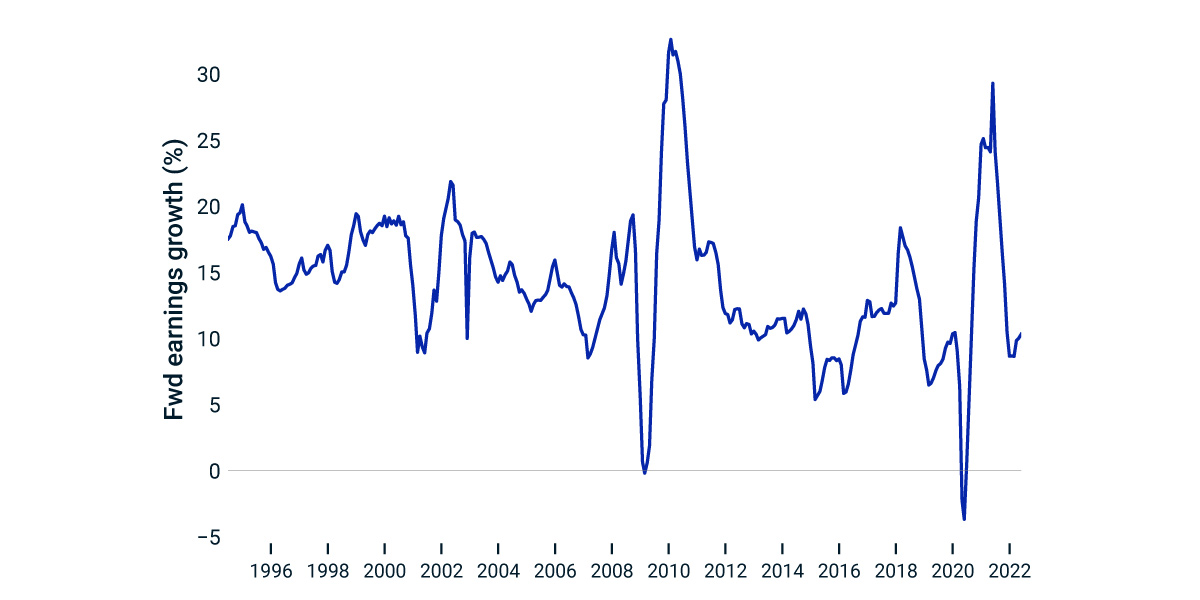 Industries with a wide range in analyst sentiment 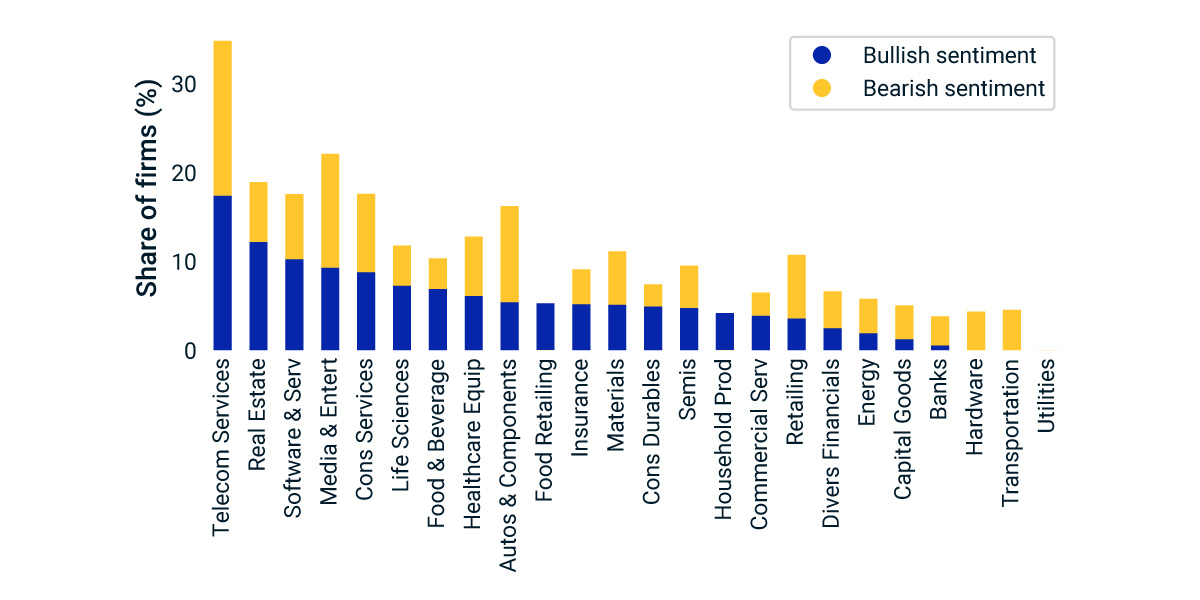 We use the analyst sentiment factor from the MSCI Global Equity Factor Trading Model to determine those firms with the most positive or negative sentiment, as of May 31, 2022.

Is the Energy Trade Running Out of Energy?

Energy stocks have posted double-digit gains recently as oil and gas prices have climbed steadily since their pandemic lows.

In the face of continued global equity-market volatility, we turn to the listed-options market to gauge the perception of market risk over the coming months for EAFE, emerging markets (EM) and the U.S.

After more than a decade of unattractive performance and “neglect,” value strategies became a favorite in 2021 and remained so in early 2022. We saw a rotation from growth to value, and value investments posted some long-awaited outperformance.