A surprisingly high U.S. inflation reading was released ahead of the June 14-15 meeting of the Federal Reserve’s Federal Open Market Committee, and equity and bond markets reacted by selling off sharply. Prior to the meeting, market-implied expectations have pointed to a 75-basis-point hike as the most likely outcome. Amid this market turbulence, we take a step back and look at potential scenarios on a medium horizon.

In April, we published three scenarios for U.S. inflation and Fed policy based on assumptions for macroeconomic shocks and central-bank-policy strength and credibility with the public. The exhibit below shows the market shocks under three different scenarios. While markets can gyrate sharply in times of uncertainty, these scenarios focus more on the macroeconomic fundamentals and may take longer to play out.

Revisiting our scenarios
Since the Russia-Ukraine war started, nominal and short-term breakeven-inflation yields increased significantly, the equity and credit markets sold off and oil prices went up. Although the shock magnitudes may differ, these market moves match best with our stagflation scenario, characterized by sustained high inflation and a longer-term economic slowdown.

The question for investors is whether the Fed’s “Slamming the brakes” and hiking more aggressively could bring inflation down — but potentially at the cost of creating headwinds against short-term growth. Alternatively, we may head further toward the grim “Stagflation” scenario, where inflation remains high despite growth concerns. According to our recent stress test, for a diversified portfolio with global equities and U.S. bonds and real estate, the “Slamming the brakes” scenario could result in a nearly flat medium-horizon return, which would be far better than the 13% loss under the stagflation outcome.

What we assumed in our scenarios 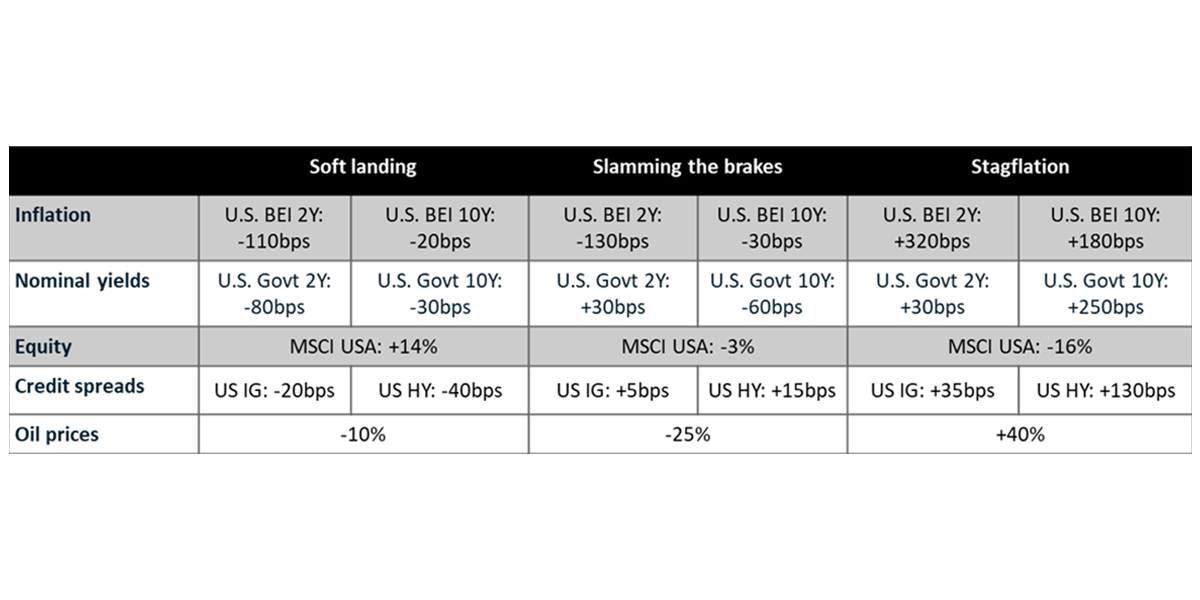 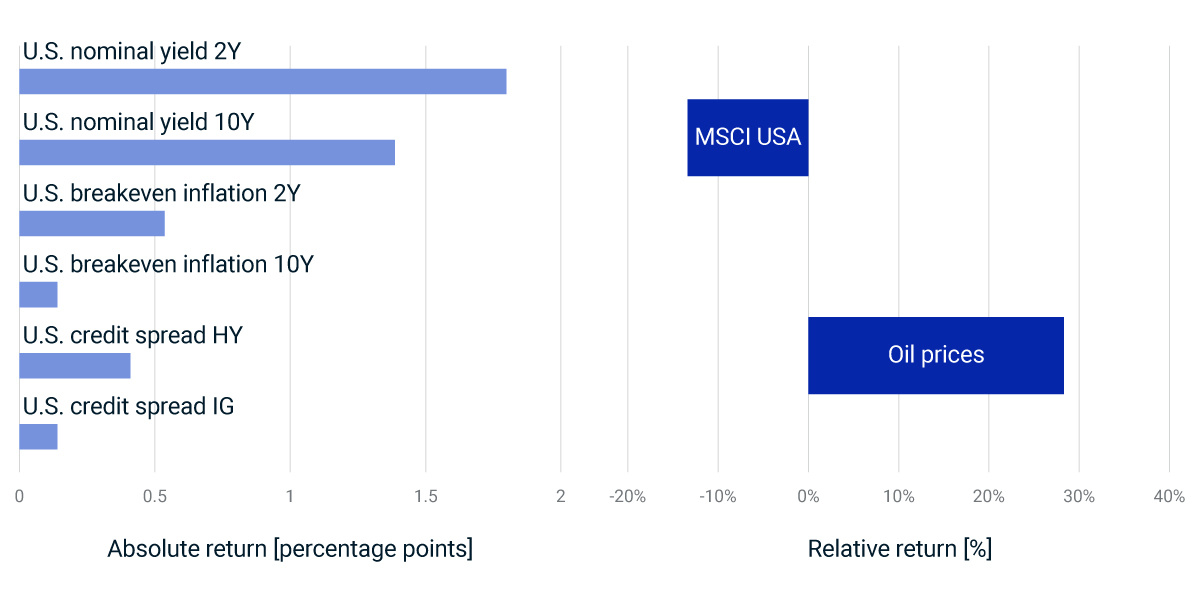 Under our stagflation scenario of a large supply shock and policy response the market deems too little or too late, a diversified portfolio could lose 13%.

A diversified portfolio of global equities, bonds and real estate could end up losing 13%, according to our stress test.