Equities Ownership: Concentration on the Rise? 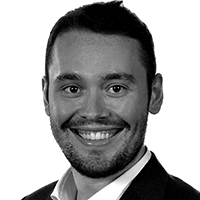 Equities Ownership: Concentration on the Rise?

In 2022, the three most common types of strategic shareholders that we track — founders, families and state entities — were either the controlling or principal shareholder at nearly 50% of all MSCI ACWI Index constituents (as shown below). This is nearly twice as high a percentage as we reported in 2015, indicating a significant increase in large ownership blocks.1 By comparison, the percentage of index constituents that were widely held declined from 41% to just 23%, dropping from 52% of total index market cap to 40%, despite remaining the dominant ownership form in the United States and certain other developed markets.

Data as of Feb. 1, 2022, based on the percentages of total market cap in USD. Combined, these three index groups comprise the full MSCI ACWI Index. Source: MSCI ESG Research

For investors this growing concentration of ownership and control of global equities could result in a loss of influence, and make engagement with listed companies more difficult, which may also have important ramifications for how companies are governed.

Ownership concentration was up

Ownership concentration and control in the MSCI ACWI Index increased

Increased concentration has also occurred among the widely held companies we examined. We observed an increase in the size and number of reported holdings of two large asset managers in particular: The Vanguard Group Inc. and BlackRock Inc. Both of these firms invest in the entire market, through various index-based funds and portfolios, and thus hold positions in thousands of companies on behalf of fee-paying clients.3

The prominence and importance of these large asset managers is highlighted in tables below. Vanguard and BlackRock were among the largest shareholders at all of the U.S. listed companies in these two lists.

These figures are significant because they confirm the extent to which ownership interests and voting power at principal shareholder and widely held companies are concentrated in the hands of a relatively small number of large investors. While other researchers have reported similar findings, much of the academic scholarship in this area has focused on the social and political implications of these shifts, and concerns regarding the possibility of these large institutions exercising too much — or too little — influence over the companies in which they invest.5

Such analyses, while valuable, fail to understand the role of these huge asset managers in the equity market ecosystem. It may be more helpful to think of them as universal managers, in a refinement of the concept of the universal owner first formulated by Monks and Minow in 1995.6 This approach explicitly acknowledges that such investors are typically not the ultimate beneficial owners of these companies.

Last year’s announcement by BlackRock that they will allow certain of their institutional clients to cast their own proxy votes, beginning in 2022, provides an example of one possible future direction for these firms, a way that explicitly acknowledges the importance of exercising shareholder rights.7 It also suggests that the apparent ownership concentration we observed may really just reflect a new way of achieving — and managing — more widely dispersed ownership. If we think of universal managers not as monolithic owners but rather as complex mechanisms whereby their many clients may ultimately exercise their shareholder rights and responsibilities more efficiently and effectively, then what we may see is not greater ownership concentration but its opposite.

Ownership and Control 2022: Global Equities Concentration on the Rise

How Ownership Concentration Has Increased

Assessing Control: Measuring And Assessing The Alignment Between Economic Exposure And Voting Power At Controlled Companies