Is Japan’s “lost decade” Over?

Is Japan’s “lost decade” Over?

The Japanese equity market’s spectacular crash in the early 1990s is referred to as the “lost decade.” Recently, this period has been extended to include the decade that followed. Despite this, most Japanese investors continue to favor an outsized domestic equity allocation. This home bias has come with a huge opportunity cost. Since the end of 1987, the cumulative return of global stocks was over 1,400% in yen terms, while the cumulative return of Japanese stocks was only 49%. 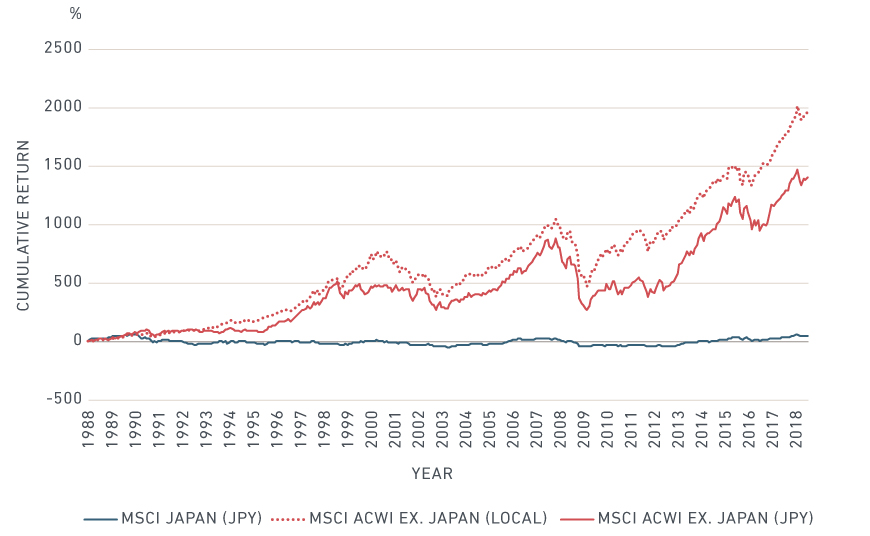 Diversifying assets internationally offers a way to access a broad array of return sources. Many institutional investors in Japan have reduced their home bias equity allocation in recent years.  However, the degree remains significant. For example, the domestic equity allocations of Japanese public pension plans is about 50% compared to the country’s 8% market capitalization weight in the global equity market.2  While this home bias may reflect institutional investors’ investment beliefs and constraints, retail investors typically do not face such limitations.

Comparing the sources of return for the MSCI ACWI ex Japan Index against the MSCI Japan Index shows that diversifying exposure to different countries, currencies, style and industry factors has been beneficial historically. 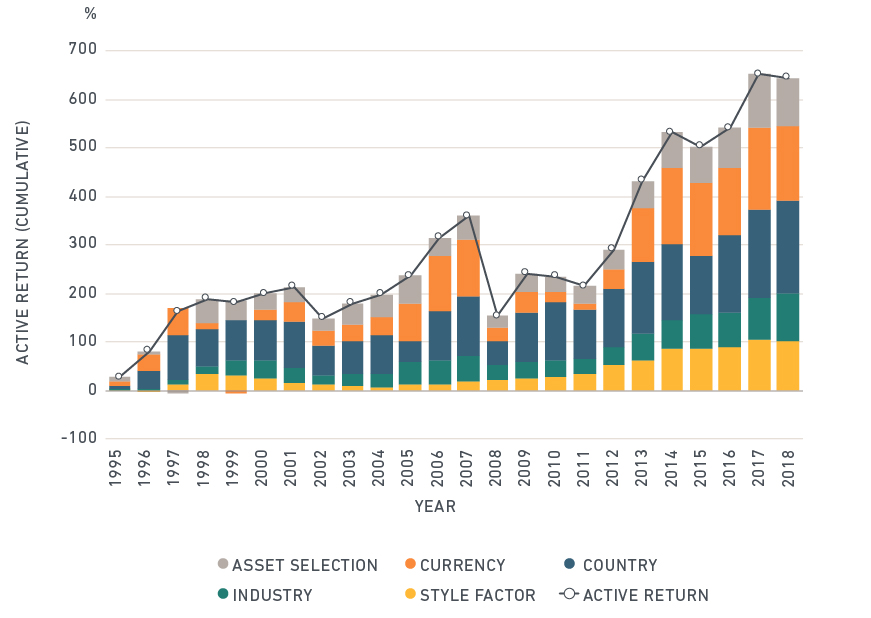 HOW MUCH HAS CHANGED IN THE JAPANESE MARKET?

The 1990s collapse of the Japanese equity market followed a huge bubble in equity and real estate prices. However, there has been significant reforms since that era: the recent focus on sustainability and ESG issues is a prominent example. However, as the following exhibits show, there are still sizeable gaps in fundamentals as measured by companies’ ability to generate cash flows and reward shareholders.

There were numerous factors that contributed to Japan’s lost decades. However, given the potential benefits of a globally diversified portfolio and the still-sizeable gaps in the fundamentals between Japanese and international companies, is continued reliance on domestic stocks the wisest way forward?

Empowering women in the marketplace

The tipping point—women on boards and financial performance

An opportunity in Abenomics? Human and physical capital