Could the Federal Reserve Board (the Fed) become less independent, with political forces exerting more influence? Some observers worry that this could become a reality, at a potential longer-term cost to the economy.1 But the market hasn’t reacted with any sort of alarm, perhaps suggesting a low likelihood of a politically driven Fed anytime soon.

THE LONG VIEW ON US TREASURY YIELDS AND INFLATION

Our analysis of several metrics indicates that the Fed in recent years has generally delivered on key goals of low and stable inflation. An abrupt, politically motivated change of monetary policy could, of course, change this pattern — and lead to levels of inflation and volatility seen only a few times in more than a half century. But so far the pattern of stability has held.

In this post, we draw on data extending back to 1962, to put today’s relatively tame inflation and rate environment in perspective. The high interest rates and inflation from the 1970s and 1980s may be a faint memory, but serve as a strong reminder of what can go wrong when monetary policy veers out of control.2

Starting in late 1979, aggressive tightening initiated during Chairman Paul Volcker’s Fed tenure coincided with a dramatic decline over time in both realized inflation and bond yields, as shown in the exhibit below. The inflation rate had declined to approximately 2% by 1994. More recently, following a brief period of falling prices in the aftermath of the global financial crisis, inflation has generally been close to, but a little below, the Fed’s target of 2%.

UPS AND DOWNS OF INFLATION AND YIELDS 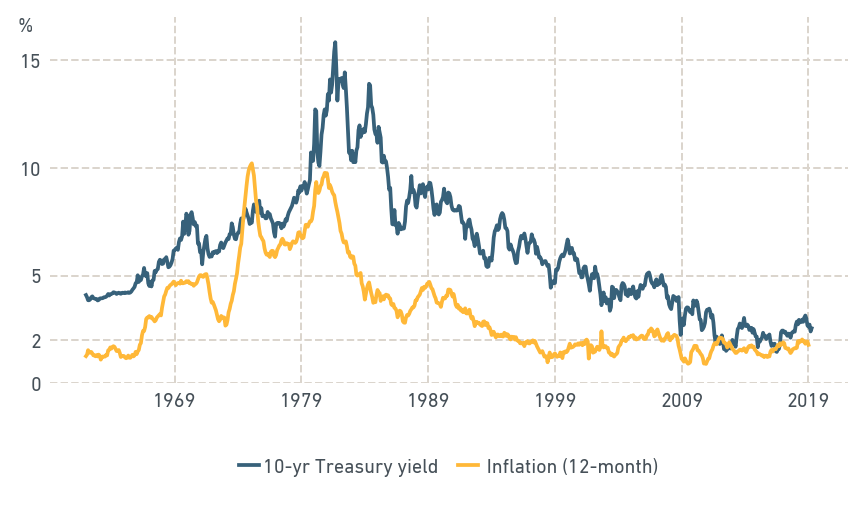 Of course, inflation levels and bond yields do not tell the whole story. Volatility of both inflation and interest rates — often attributed to uncertainty over the direction of monetary policy — can add noise in the real economy, with potentially negative economic effects. And here again it’s a story of a dramatic transition to a more stable state of affairs. The exhibit below shows high inflation and rate volatilities in the 1970s and 1980s, followed by a generally declining trend. Volatilities on realized inflation and Treasury yields have been exceptionally low since 2017 and comparable to levels last seen during the 1960s. 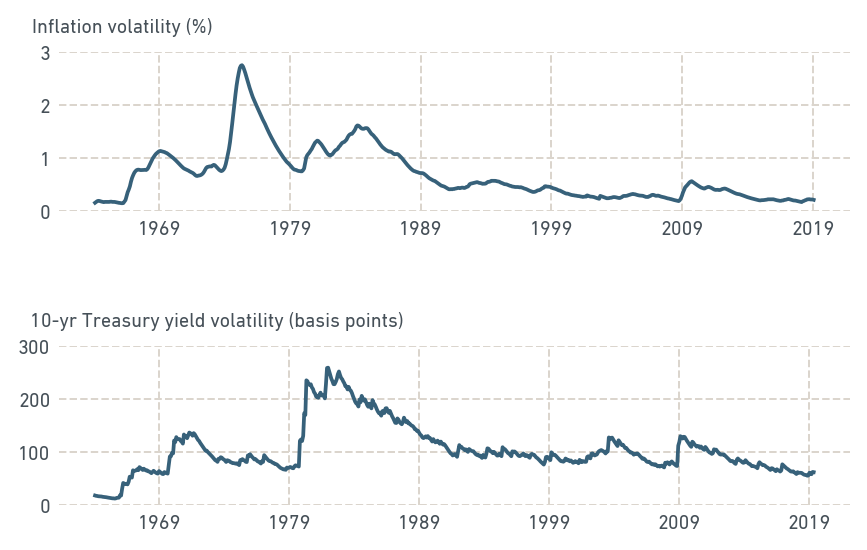 Source: MSCI calculations based on data for PCE price inflation and 10-year CMT yields. These calculations weight the historical data using exponential time decay with a half-life of one year.

The options market is also firmly downplaying the possibility of a pick-up in rate volatility, consistent with the view of a stable monetary policy going forward. Despite the Fed’s recent turnaround on its campaign of rate hikes, volatility in the swaptions market has plummeted so far this year. 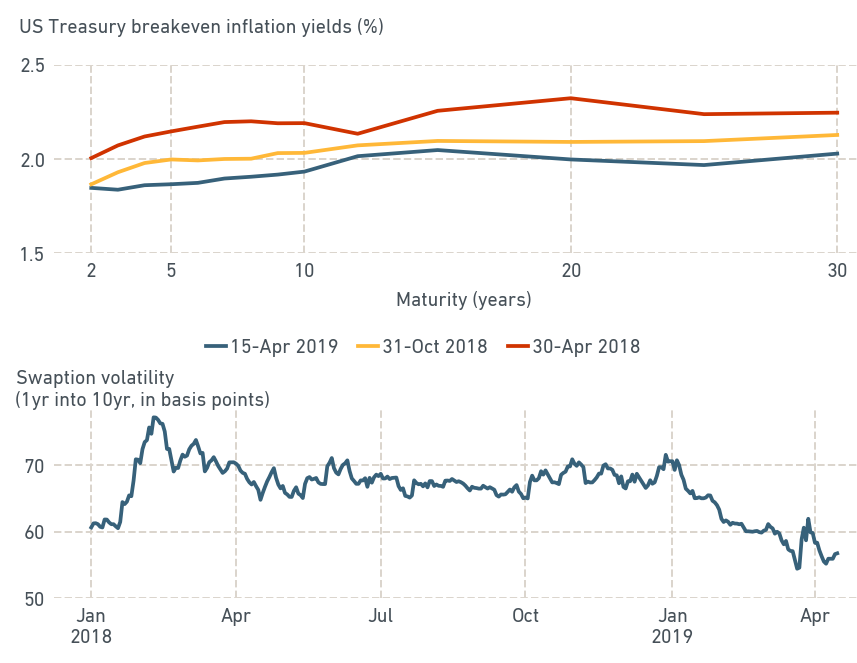 To sum up, the market doesn’t seem to be overly concerned about the chances of an abrupt change in Fed policy. The Fed’s credibility with the market appears to remain strong.

What yield-curve inversions have meant for markets