Following its recent sharp increase, the 10-year U.K. government bond-yield has risen above the net-operating-income (NOI) yield of U.K. real estate for the first time since 2007. The evaporation of property’s yield premium — amid the recent deteriorating macroeconomic outlook and rising inflation and interest rates — weighed on performance to the extent that the MSCI UK Quarterly Property Index in the third quarter recorded its worst return since the second quarter of 2009.

In the third quarter, property yields rose by 20 basis points (bps) to 4.1%, but remained below the previous low of 4.6% measured in the second quarter of 2007. This came after the index’s NOI yield had reached a since-inception low in Q2, following a secular decline in the years since the end of the 2008 global financial crisis. By the end of September, only the retail sector’s NOI yield offered a premium to the government-bond yield, while the yield on industrial property remained 80 bps lower than that of the 10-year U.K. government bond.

As property yields start to drift up rather than compress, they pull property values down, rather than contribute to their growth. The all-property yield impact turned negative in the third quarter, after eight consecutive quarters of enhancing returns. This turnaround was most dramatic in industrial, where the sector experienced a double-digit swing into negative territory.

For first time since 2007, UK bonds yielded more than property 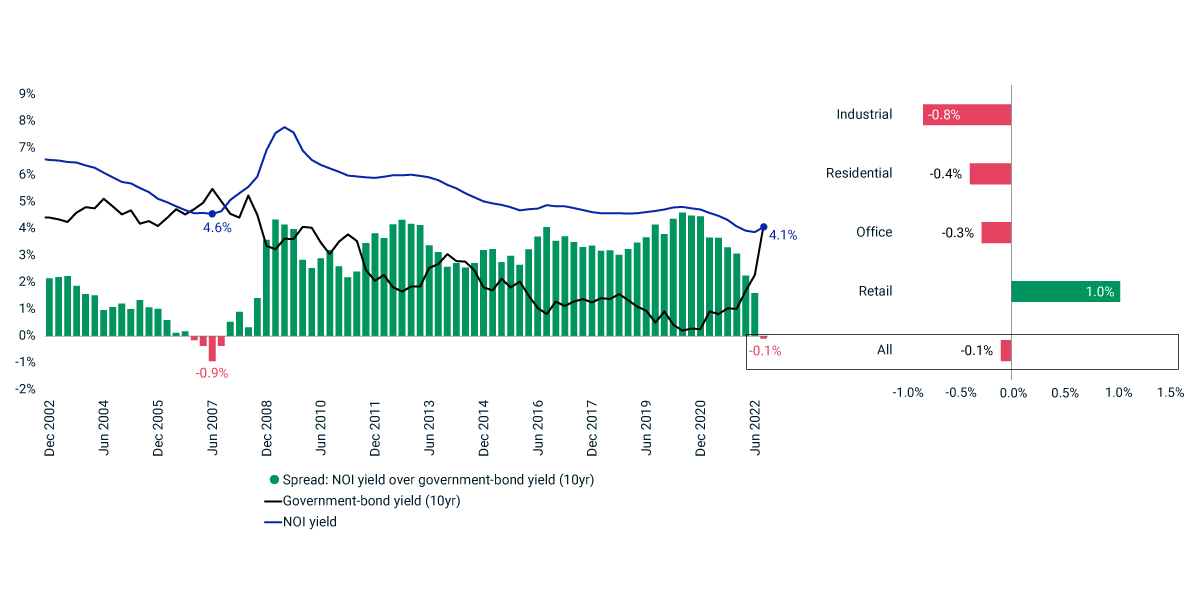 The spread of the MSCI UK Quarterly Property Index’s net operating income (NOI) over the 10-year U.K. government-bond yield, at the index and sector level. Source: Bank of England, MSCI . 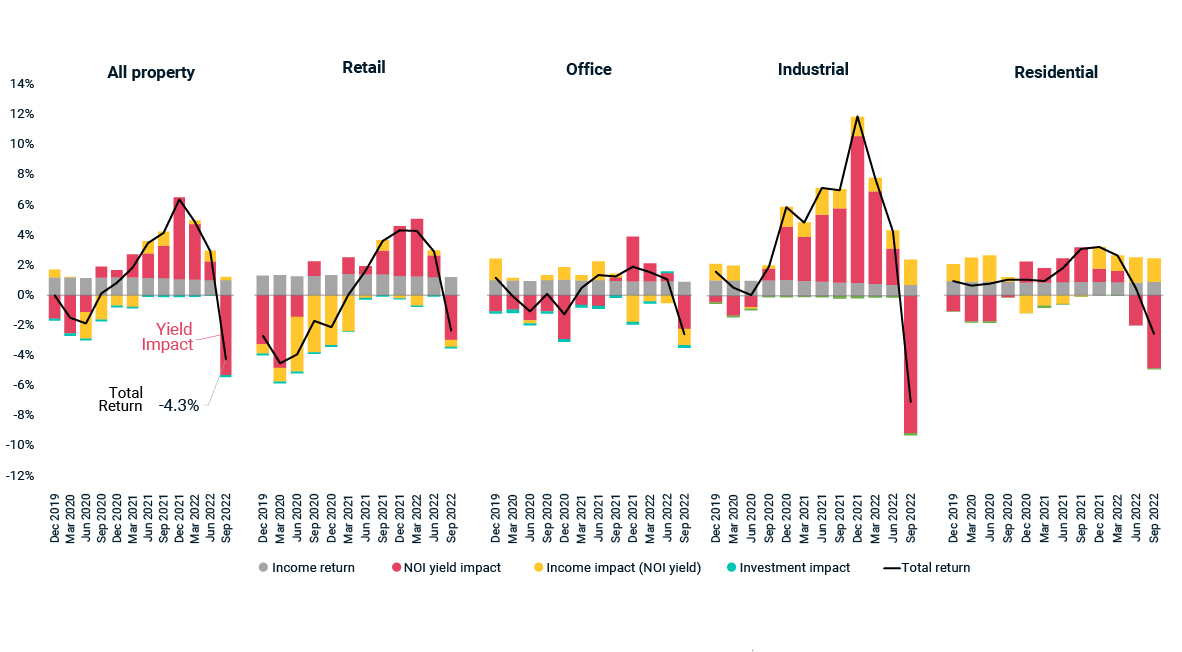 The decomposition of the MSCI UK Quarterly Property Index’s total return by sector.

War and the associated energy crisis, recession fears, decades-high inflation and rising interest rates have been weighing on European real estate, and particularly on listed markets.

Global real estate returns decelerated to 2.9% quarter-on-quarter in local-currency terms in the three months ended June 2022 amid rising inflation and interest rates in most key markets.