This November, delegates from hundreds of countries, leaders of business and finance, and policymakers from across the world will gather in Glasgow for the COP26 climate conference. There they aim to accelerate action to reduce global greenhouse gas emissions to net-zero by the middle of the century.

Among the goals of COP26 will be to spur investment in sustainability on a scale required to remake how the world produces and consumes energy, a change that will demand the largest reconstruction of the global economy since the Industrial Revolution. The latter transition took roughly 80 years. The world needs to reach net-zero in less than half that time.

It’s time for companies and capital-markets participants to seize the moment offered by COP26 to commit to net-zero across their businesses and portfolios. The Paris Agreement, which rests on a commitment by countries to prevent the worst effects of climate change by keeping global warming this century to well below 2°C, preferably 1.5°C, provides precedent for action.

As we look forward to what COP26 can achieve, here are three items for the conference agenda that would support the rechanneling of capital at the speed that reaching net-zero by 2050 will demand.

The net-zero revolution will reach every corner of our economy and society. It won’t be enough for today’s companies to focus solely on reducing their dependence on fossil fuels. Over the next decade, companies will need to invent solutions and services that replace existing business models.

Companies also will need to redouble their efforts to reach net-zero. In the nearly six years since the Paris Agreement was signed, governments around the world have introduced a range of plans and initiatives but the planet won’t achieve its climate target without net-zero commitments becoming a central part of business strategy.

For the net-zero revolution to succeed, it needs to ignite bold action by companies to drive emissions down across their businesses – not best efforts but verifiable commitments backed by continuous progress toward net-zero goals. Providers of capital must commit too. Investors must put their portfolios on a path to net-zero while banks should adjust their practices and align their lending with a 1.5°C world. For our part, MSCI has committed to being net-zero before 2040 and will team with the Glasgow Financial Alliance for Net-Zero to spearhead an alliance of financial service providers to supply market infrastructure that supports sustainability.

At present just over a third of the world’s listed companies have set some type of target to decarbonize. Fewer have announced plans to cut emissions to net-zero. Some of the world’s largest corporate emitters of greenhouse gases have yet to report any of their emissions. 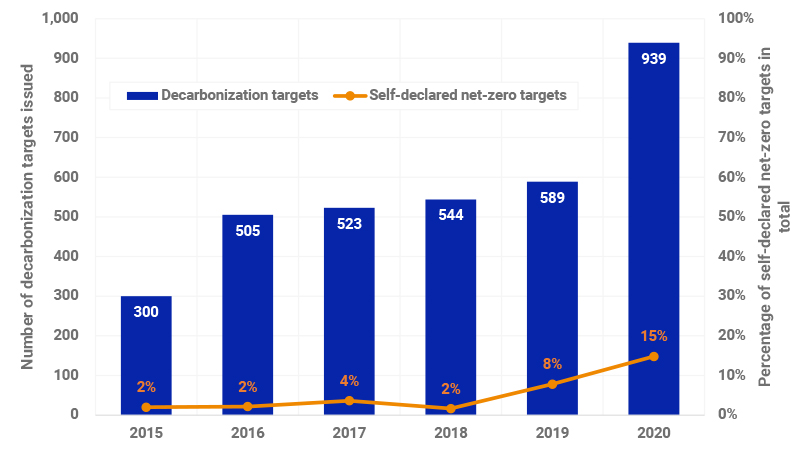 To ensure accountability and transparency, the COP26 conference should seal the global adoption of frameworks such as the Task Force on Climate-related Financial Disclosures for taking net-zero into account in developing strategic plans and priorities. For investors and other stakeholders, such disclosures provide critical insight into how a company may be helped or hurt by a net-zero economy.

Investors need quantitative data that allows them to assess the vulnerability or resilience to climate change of every asset, so they can value both risks and opportunities across their portfolios. Much of that information should come from companies, and much of it isn’t disclosed today.

The decarbonization targets that companies do set vary by the business activities they cover, feasibility and timeline. Some banks, for instance, have yet to report emissions from the projects they finance; this is a category that contributes the largest portion of their carbon footprint. The variety and gaps leave investors struggling to assess the potential impact of targets on the climate risks companies face.

COP26 should encourage policymakers to introduce mandatory climate-related disclosures based on internationally agreed-upon standards that incorporate specific units of measurement. At a minimum, such standards, which companies should commit to adopting, should call for companies to disclose their complete carbon-emissions footprint, the location of their largest facilities and their largest suppliers.

If companies disclose a common, core set of climate data, investors will converge on the information they need to inform their decision-making.

The middle of the century remains nearly 30 years away, but long-term investment managers need to begin decarbonizing their portfolios today as the reallocation of capital and repricing of assets is already underway.

That creates the potential for scarcity. Without a redoubling of effort by companies to cut emissions, investors who try to align their portfolios with a world that keeps global warming to 1.5°C by the end of the century may find themselves short of investable options.

COP26 can counter that by affirming the need for all companies to set emissions-reduction targets covering both their direct and supply-chain emissions, as well as those caused by use of their products. The targets should aim to keep companies well under the net-zero budgets for their industry sector by no later than 2050.

By MSCI’s calculation, more than 90% of the world’s companies are not on track to lower their emissions enough for keeping global warming to 1.5°C. At their current rate of emissions, those companies would burn through their collective share of the global emissions budget for holding warming to that level in less than six years.

To avoid breaching a 1.5°C threshold, every listed company would, on average, need to reduce its carbon intensity by 10% each year until 2050. Yet historically fewer than one in four companies have managed to reduce their emissions by quite this much.

To create the net-zero future we want, we need to catalyze investment now. Investors need to be able to measure the carbon footprints of the companies they would invest in. Companies that aim to create and innovate need capital. And we all need to build a more sustainable world.

A quarterly gauge of progress by the world’s public companies toward curbing climate risk.

Explore how owners and managers of capital can be a force in confronting the single biggest challenge of our time.

The Role of Capital in the Net-Zero Revolution

The time to act is now. We urgently call on all capital-markets participants to play a vital role in the net-zero revolution to keep global temperature rise well below 2˚C.