In our previous post, we analyzed the performance of the MSCI EM Latin America Investable Market Index (IMI) relative to other emerging-market regions. Here, we investigate what drove this performance.

Latin American markets have been historically more resilient during periods of financial distress such as the 2008 global financial crisis. While it took around 11 months for the EMEA and Asia regions to recover from the sudden market drawdown, Latin America recovered in just six months. A drawdown, in the context of market performance, refers to how much an investment is down from its peak before it begins to recover. A similar situation occurred during the early stages of the COVID-19 pandemic, where Latin America showed a higher drawdown than other EM regions, but had a steeper recovery, even if it has lost some steam as of late.

Compared to other EM regions, Latin America’s performance has been more volatile in absolute and relative terms. It has a beta higher than one, which means it has tended to move down — and up — at greater levels than the broader market. During the last 20 years, the MSCI EM Latin America IMI has, on average, outperformed other emerging market regions during “up” markets, which has helped its overall performance over that period, as can seen in the table below.

Latin America vs. Other Emerging Markets 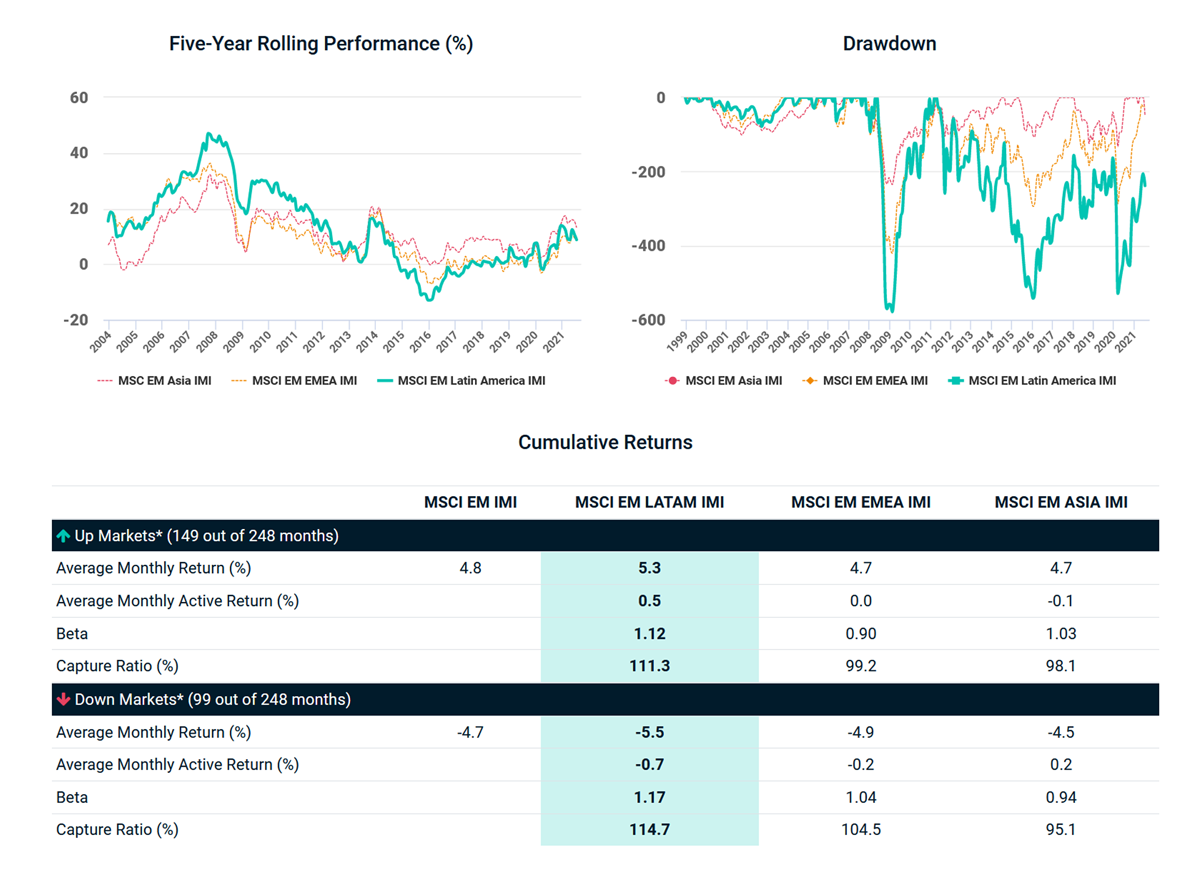