US Inflation and Interest Rates: A Sectors’ Perspective

US Inflation and Interest Rates: A Sectors’ Perspective

Inflation in the U.S. has accelerated over the last 18 months to a high of 8.5% in March (8.3% in April), a level that was last observed in the early 1970s.1 In response to this surge, the U.S. Federal Reserve instituted a series of interest rate hikes (shown by the slight uptick in rates in the chart below) in an attempt to slow down inflation without further endangering the post-COVID 19 economic recovery.

And while inflation has been surging, the economic recovery has sputtered, with gross domestic product (GDP) contracting 1.4% (year-over-year) in the first quarter of 2022.2 On a historical basis, defensive sectors such as healthcare, consumer staples and energy have benefited the most in times of rising inflation. Information technology (IT) was the other sector with positive excess returns during periods of rising inflation and performed even better in falling-inflation environments.

As shown in the chart below, energy, utilities and consumer staples have been the best-performing sectors year-to-date, with the recent energy-sector surge largely idiosyncratic and linked to a supply shock from the Russia-Ukraine war and associated international sanctions on Russia.

While research and historical analysis can help us understand U.S.-sector performance, evaluation has become increasingly difficult with soaring inflation that will continue to impact consumer spending and influence the Fed’s actions. Interest rate hikes by the Fed could influence the economic growth outlook and may lead to any number of economic regimes. The resulting regime, in turn, may impact the performance of equities, since economic growth, inflation and interest rates affect companies’ cash flows. The impact on cash flows will vary by sector, depending on their ability to adjust prices for inflation and how economic growth impacts the demand for that sector’s products and/or services. 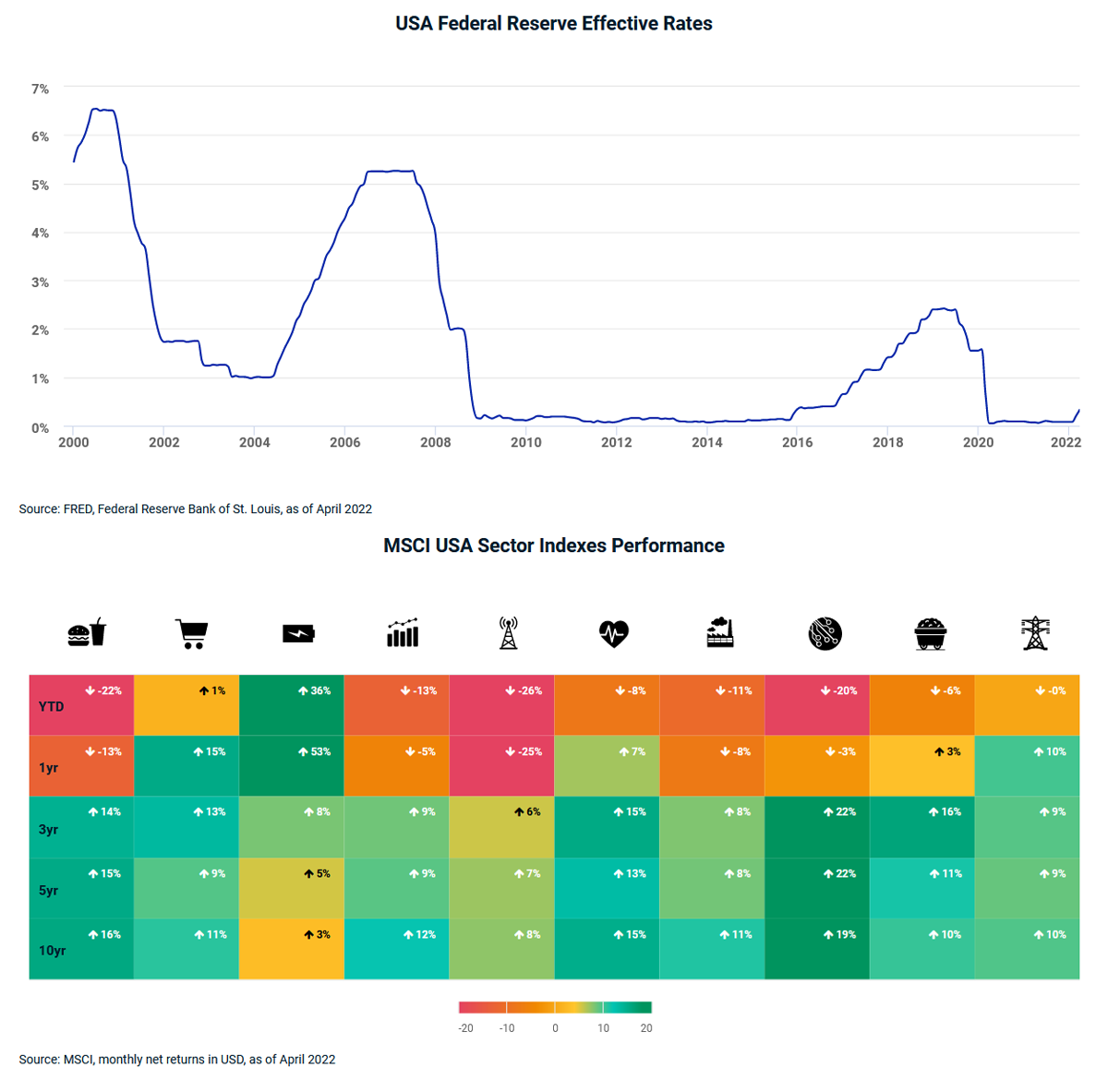 Looking at sectors through a factor lens may provide additional insights for investors in terms of explaining performance.

Valuations Can Help in Evaluating Sectors

Along with other factors, comparing current sector valuations to longer-term averages has helped investors as they make decisions about whether to rotate in or out of specific sectors.