The Russian invasion of Ukraine is another reminder that geopolitics play an outsized role in determining economic relations between countries. The invasion has strengthened political and military alliances, such as NATO, and economic blocs, such as those between the U.S. and EU and between China and Russia, accelerating the long-term shift toward deglobalization, perhaps to a greater extent than the COVID-19 pandemic.1 In this post, we look at equity markets as a lens through which to view and measure deglobalization. It’s a trend we’ve witnessed since 2014, when Russia and China became stronger trading partners, while trade dependencies between Russia and the EU weakened.

In an earlier blog post, we observed a notable trend toward deglobalization that began in 2015 as correlations across markets started to decline. Keeping the economic blocs mentioned above in focus, we can see that performance — which had been more in sync across these blocs — has deviated since 2015, and correlations have dropped even more since the onset of the pandemic, in 2020. The stark drop in correlations as of the end of February 2022 suggests a further decoupling among these economic blocs, along with local effects, as certain regions were more affected than others by the invasion.

Today, the implications of deglobalization, and the Russia-Ukraine conflict more widely, may make it even more important for investors to rethink asset allocation and find creative ways to diversify investments, both globally and across asset classes. 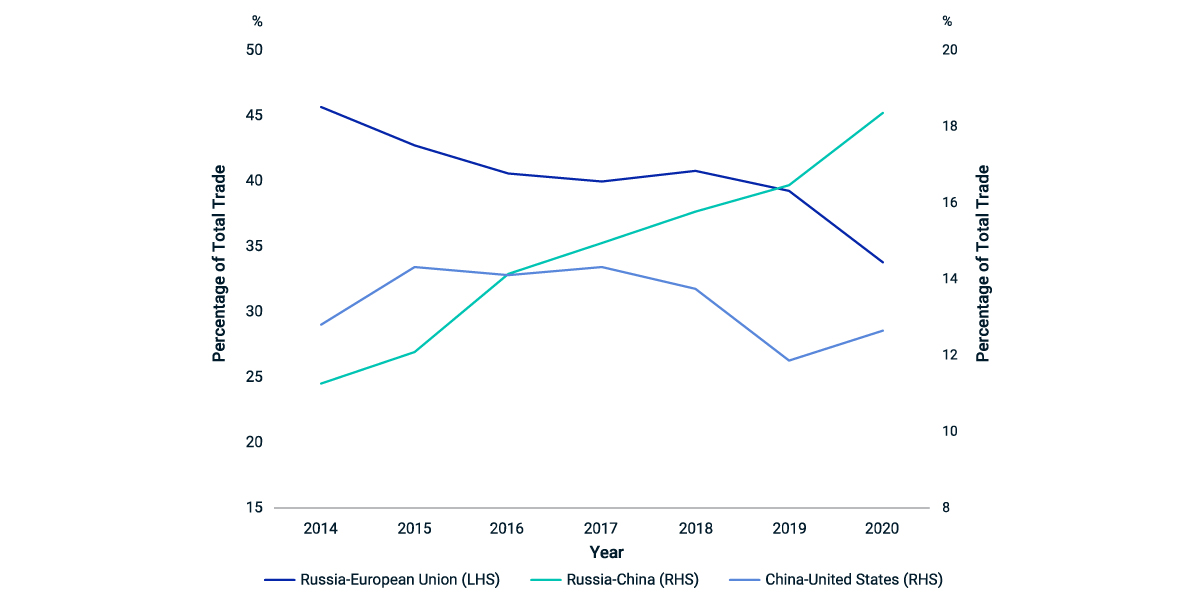 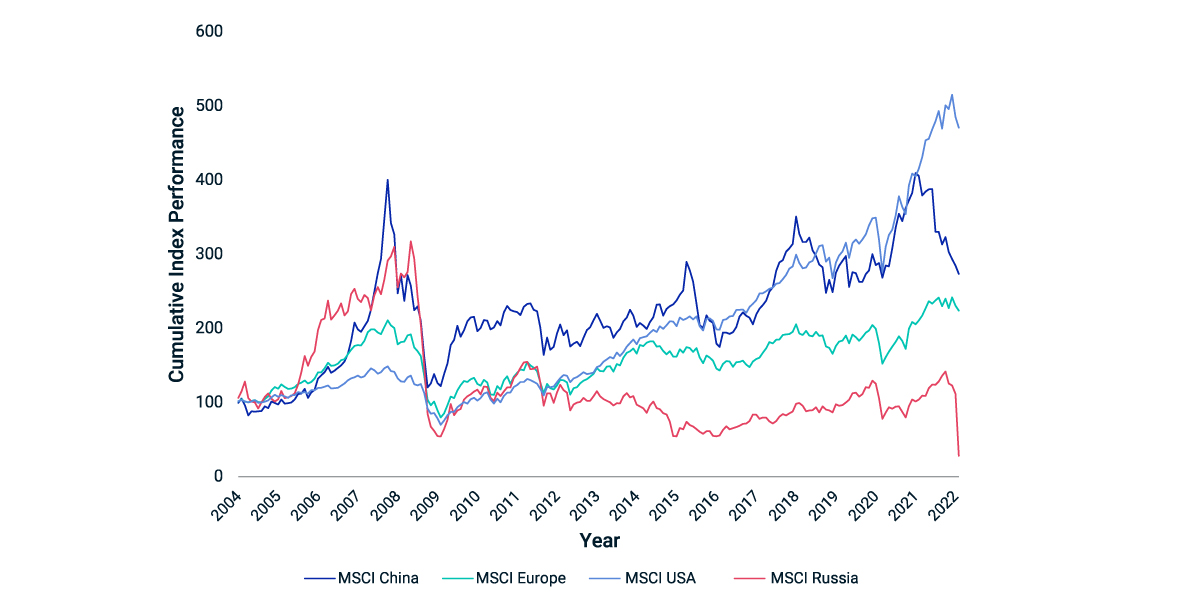 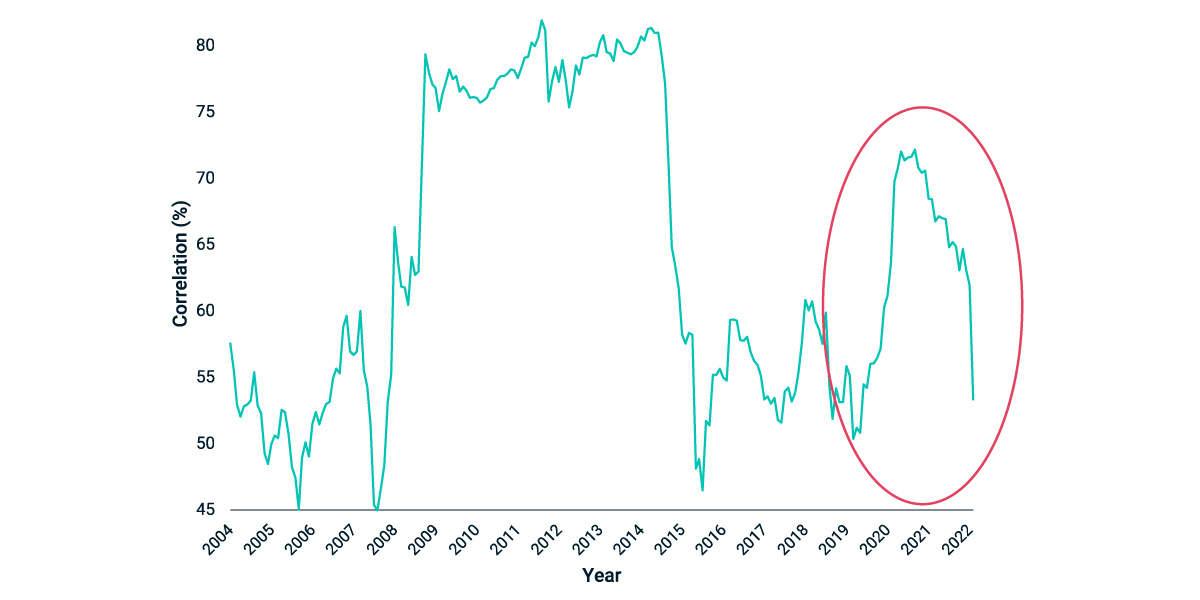 Globalization gets another jolt footnotes

1 Browne, Andrew. “How the Coronavirus is Accelerating Deglobalization.” Bloomberg, Feb. 29, 2020.