Monetary policy divergence across central banks1 and the war in Ukraine, during which the U.S. economy has been relatively insulated versus Europe (as the latter has deeper economic ties with Russia) has caused dispersion in the performance of global-equity markets across countries and sectors.

Relatively better economic conditions, led by the U.S., have helped developed markets (DM) outperform emerging-markets (EM) equities by 22% over the 12 months ended Feb. 28, 2022.2 While country performance was relatively clustered within DM (+/- 20%), EM countries were quite dispersed (-50% to 40%). Following Russia’s invasion, we saw positive performance in EM economies that are oil-based and reform-centric (e.g., UAE, Kuwait and Saudi Arabia), while other EM countries (e.g., Russia, China and Turkey) performed poorly. In line with these trends, U.S. equities reached higher valuations relative to most EM countries.

A look at sector performance

EM sectors also have shown more differentiated sector performance compared to DMs over the same 12-month period. Across both EM and DM, inflation-sensitive sectors such as consumer discretionary have performed poorly, whereas defensive sectors such as utilities and financials have added positive returns, and energy has done well on the back of strong oil demand. From an investment perspective, many EM sectors are trading at lower valuations than DM sectors. Despite the strong performance of financials, materials, energy and industrials in EM over the past year, the sectors remain below historical valuations, due, in part to analyst earnings expectations.

Dispersion in global equity performance may require increased investor attention as they seek opportunities to outperform. What remains to be seen, is if this macro divergence and geopolitics will contribute to the broader deglobalization trend that gained pace over the last few years. 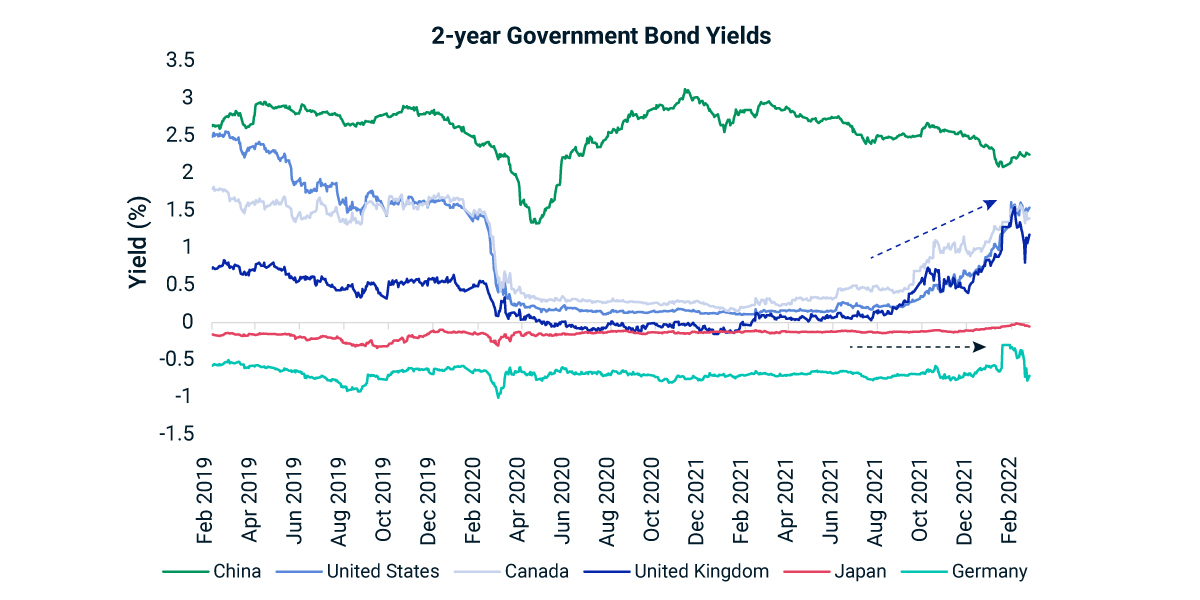 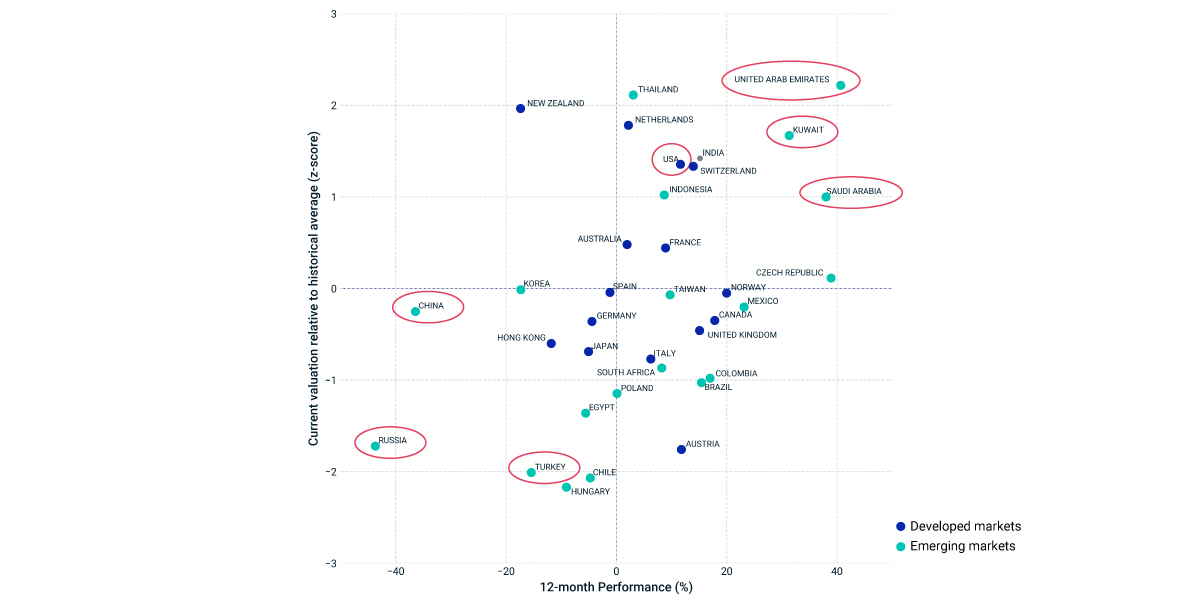 Performance for the 12-month period ended Feb. 28, 2022. Historical valuations based on forward P/E for the period from December 2000 to February 2022.

Higher performance dispersion in EM sectors; some have attractive valuations 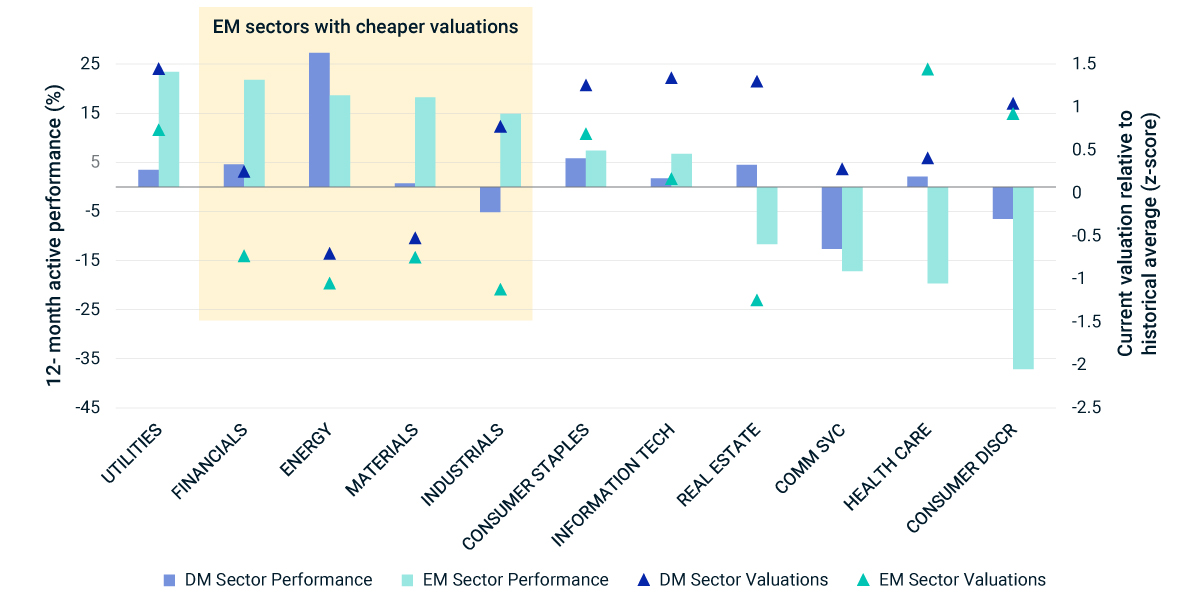 Performance for the 12-month period ended Feb. 28, 2022. Historical valuations based on forward P/E for the period from December 2000 to February 2022.

Have the severe losses in the Ukrainian and Russian markets spread to other parts of the region, or beyond?

The Options Market Has a Story to Tell

The MSCI Emerging Markets (EM) Index has fallen 11.7% year to date through March 11.